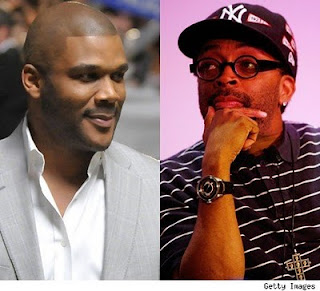 No Feud by Spike Lee
Wednesday, 17 March 2010 09:05
Despite what has been written or said I'm not feuding with Tyler Perry. I was on a show being interviewed by Host Ed Gordon. The only words pulled from my answer about Mr. Perry were 'Coonery and Buffoonery'. Please read the below transcript of the exchange. I feel Artists should be able to critique each other's work, Athletes and Musicians have been doing this for ages. As long as it's given in a loving spirit (which my opinions were) it's all good.

Transcript from Our World with Black Enterprise:
Segment where host Ed Gordon with Director and Filmmaker Spike Lee talk about diversifying African American imagery
Aired: May 30, 2009
ED GORDON
There is a sense of in our community...I remember having people come to me if I interviewed the president and say, 'oh that's great' but then we'd look at our numbers and if I had interviewed Whitney or Oprah the numbers were much, much bigger. There's a school of thought that says, 'oh, we're not diversifying our imagery enough in our community,' yet there are certain images whether they be in plays, or movies, or music that we flock to -whether we like to admit it or not. I'm wondering is that just the black middle class saying, ' Oh no, that's not what we want,' but a lot of us wanting it?
SPIKE LEE
Well, this is a complex subject because each artist should be allowed to pursue their artistic endeavor, but I still think there's a lot of stuff that's on today that's coonery and buffoonery... and I know it's making a lot of money-
Audience applause.

SPIKE LEE (CONT'D)
Breaking records but we could do better. That's just my opinion. I'm a huge basketball fan and when I watch the games on TNT I see these two ads for these two shows and I'm scratching my head, ya know? We got a black president. Are we going back to Mantan Moreland and Sleep N' Eat?
Audience laughter.
ED GORDON
Yet, if those films, and we're talking about Tyler Perry at this point -
Audience laughter.
ED GORDON (CONT'D)
No, I mean look...I'm not saying...let's not give them fodder for tabloid...I'm not saying we're talking about Tyler Perry, but those are the shows that we're talking about. If we're talking about that and we look at the numbers that come and see his movies ... that view the shows on TBS...my question is that, maybe, what Black America wants to see?
SPIKE LEE
A large part.
Mumbles in the audience.
ED GORDON
I hear a lot of no's in the audience but a lot of people are watching it.
SPIKE LEE
Here's the thing though, we've had this discussion back and forth because when John Singleton...people came out to see Boyz N' Da Hood. He did Rosewood...nobody showed up. So, a lot of this is on us. A lot of this is on us, we…you vote with your pocketbook, your wallet, your time sitting in front of the idiot box. And the man has a huge audience. Tyler's very smart...in what's he done. He started off with these plays. Church buses would pull up packed and he's parlayed it into...bought his own jet. If you could buy a jet, you got money.
Audience laughter.
SPIKE LEE (CONT'D)
But at the same time, for me, just imagery is troubling.
ED GORDON
Is there disappointment from you as a director and an African American that Miracle at St. Anna won't get the same audience as some of the other movies that you will make and, therefore, the idea of what we support?
SPIKE LEE
Here's the thing, DVD is the director's best friend. A lot of people have come up to me and said they like the film a lot. For whatever reason they didn't get to see it in the theatre but they definitely got the bootleg
Audience laughter.
SPIKE LEE (CONT'D)
Or watched it on television - Pay Per View - and even if nobody showed up, I wanted to make that film because Hollywood historically has omitted the contribution of 1.1 African American men and women who fought and died for this country in World War Two and I just got tired of seeing these films again, again and again which does not give any love to us. The first person that died for this country was a black man. Crispus Attucks. We're more patriotic than anybody.

November 2013
Spike elaborates more on his differences with Tyler Perry


October 2019
Tyler Perry named a soundstage at his new studio after Spike Lee.
This is his pic from his Instagram. 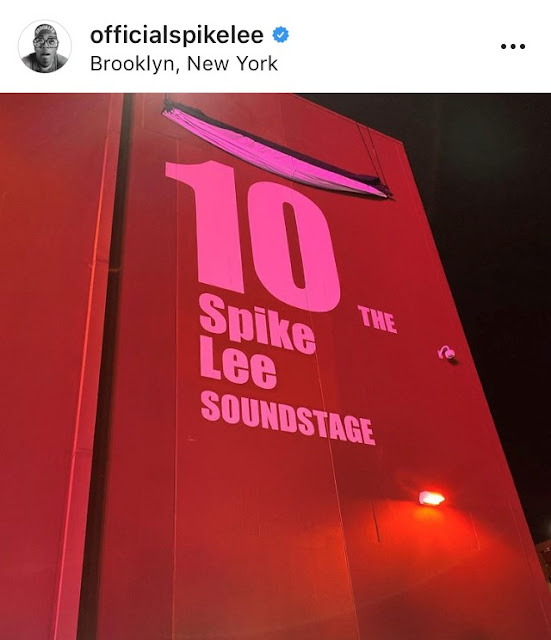 You can see his post and read what he wrote HERE


Click their names below to see ALL of our posts about them.