I'm assuming that because of the breakout hit his latest film Straight Outta Compton has become this post on another blog of mine has been getting hits so I'm reposting it here.

"After its record-breaking debut last weekend, Straight Outta Compton once again topped the box office, bringing in an estimated $26.8 million and handily beating this weekend’s three other new releases.

The N.W.A. biopic opened to an enormous $60.2 million last weekend, and 10 days after its release, Compton has already grossed more than $111 million domestically." Entertainment Weekly,  August 23 2015

As a filmmaker myself I thought his advice was on point! Check out his great tweets below. 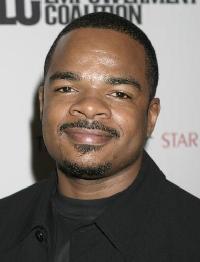 On June 22, 2012 Director F. Gary Gray (pictured above) took to Twitter and gave some great acting advice. A lot of stuff I agree with. In case you don't know he directed the films Set It Off, The Italian Job (2003), The Negotiator and Friday.

You can see what he said below.


Know who you are auditioning for! Some casting directors are givers, some are takers be prepared for both!! NO EXCUSES!!
— F Gary Gray (@F_Gary_Gray) June 22, 2012