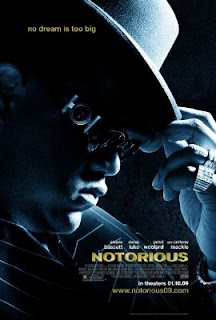 REVIEW by Cool Black
I’m gonna say it from the start, this movie is ok. Don’t get it twisted, I didn’t hate it and it’s not a bad movie, but if you just can’t wait and expect it to be a classic bio pic, it’s not.

First time actor Jamal Woolard did a great job of bringing Biggie to the big screen. He captured all the charm and humor that we all know and heard about Biggie. The supporting characters are just that. The film spends more time with Biggie and “his women” (hip hop heads will know who they are) than with Puffy or Tupac. Don’t go expecting to see a lot about his relationship with either men.

Written by hip-hop journalist Cheo Hodari Coker (Vibe magazine) and writer/director Reggie Rock Bythewood this film definitely has it’s hip-hop facts straight. For a lot of people who were down (and by “down” I mean informed) with all the East/West drama, the film doesn’t break any new ground and doesn’t tell any new points of view. To people who didn’t know ANYTHING about Notorious B.I.G. after seeing this film you can say, “if you don’t know, now you know”.

Director George Tillman, Jr. (Soul Food) did a good job and the performance scenes look like…performances. Don’t get it twisted though, you won’t see Biggie reincarnated, but there is one performance that will get you swayin’ like Biggie.

This film is straight up hip hop and not a film to be "takin' the kids" because they like Biggie's music. It is Rated R and here's the MPAA (Motion Picture Association of America) language "Contains pervasive language, strong sexuality including dialogue, nudity, and for drug content." For adults like me who lived through the hip hop represented in the film, no B.I.G. thang. (You know I had to throw a pun in there), but leave your teens at home.

In the end, as the film is about Christopher "Notorious B.I.G." Wallace, the best performance came from newcomer Jamal Woolward who played him and I guess, as it should be. 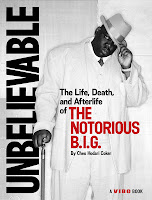 My review of the biography here