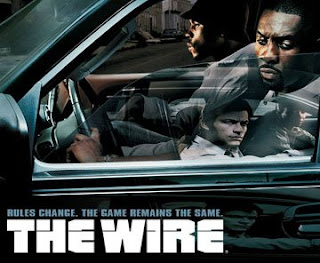 By Cool Black AKA Dankwa Brooks

Almost a year after the series ended, I watched my favorite season of The Wire again. That season was season three. If you can believe it, some people still haven't seen The Wire so I will try not to give too much away for if you haven't seen this excellent show, you really should. Each year the producers of the show try to showcase a theme. Noted by the producers as the season about "reform" it could be probably best summed up by "Hamsterdam" or as the season they "legalized drugs". That was the main thrust of the season, but it encompassed so much more.

For those who don't know,

The Wire was an American television drama series set in Baltimore, Maryland, where it was also produced. Created, produced, and primarily written by author and former police reporter David Simon, the series was broadcast by the premium cable network HBO in the United States. The Wire premiered on June 2, 2002 and ended on March 9, 2008, with 60 episodes airing over the course of its five seasons.

(From Wikipedia. All hyperlinks go to Wikipedia.)

Each season of The Wire focuses on a different facet of the city of Baltimore. They are, in order: the drug trade, the port, the city government & bureaucracy, the school system, and the print news media.

This was the first season I can say that EVERY facet of the storytelling was fascinating. In a show like The Wire with so many characters and subplots there are some storylines that aren't that interesting (Season Two anyone?). For the entire run of the series The Wire has always given equal time to the police, the criminals and all of the politics both enterprises involved and in this season both sides were compelling.

On the police side we had a police commander nearing retirement and tired of failed police initiatives decides a drastic new strategy, legalizing drugs. We see the entire arc of this play out from the initial reticence from the police and the criminals to the eventual ramifications and political fallout.

On the criminal side we see their commander, Avon Barksdale, a recently released drug kingpin reasserting control and engaging in a war with an upstart young rival. We also see the conflict he has with his partner and second in command Stringer Bell over the direction of their enterprise. This conflict and eventual fallout was one of the standouts of an already stellar season.

We also get a look at the political side of the infrastructure; we get to see the political machinations of Councilman Thomas Carcetti's run for mayor. We see the ins and outs of the backroom wheeling and dealing as well as his strategy to split the vote of Baltimore majority black population so that he can slide into office. Divide and conquer so to speak.

You would think that with all of these intertwining storylines the introduction of a new character wouldn't be relevant, but it was. When they introduced the character of Dennis "Cutty" Wise I though it was a waste of time. This was the third season of an already character rich show and we had SO many great existing characters why in the hell do we need one more? Well it seems the producers knew what they were doing. During this season's thirteen episodes we saw the full

arc of someone who had to readjust to society, after a fourteen-year prison sentence, and see where he fits in this new world. The character was also given more resonance through the melancholy performance of his portrayer Chad L. Coleman (pictured left). We saw Cutty in prison, get out of prison, try to return to his former life and then find a path in his new life all in one season. 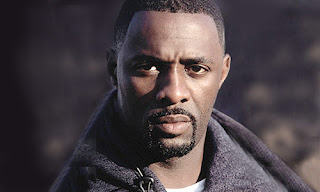 My favorite character on the show had to have been Stringer Bell portrayed by Idris Elba (pictured left). One of the most intelligent characters on the series, and had it not been for his impoverished beginnings, could have been a legitimate businessman. I know “legitimate businessman” is kind of an oxymoron in this economy, but bear with me. While Avon was “the boss”, it was Stringer who carried out the machinations of the organization and did it with incomparable precision. Avon didn’t (or couldn’t concern himself) with the day-to-day operation of the organization. In business terms Avon was the CEO and Stringer the COO. Whenever Stringer was on the screen it was no doubt who was in command of the situation, a command only heightened by the bravura performance of Idris Elba.

In this already stellar season, my favorite storyline was the conflict within the Barksdale empire. The heads of the Barksdale empire, Avon Barksdale and Stringer Bell partnered in the drug trade during their teens now full blown kingpins. Avon Barksdale was a gangster to the core. He not only liked the domination that came with his criminal empire, but also the warfare that came with it. His partner Stringer Bell liked the money and power that came with the empire, but sought to do more legal things with it. Stringer did what he had to do to gain and hold onto their power he just didn’t relish in the dirty side of it like Avon. When the new upstart Marlo Stansfield started coming into power, Avon wants to go to war, while Stringer doesn’t want the extra attention from the police if a gang war breaks out. This conflict widens the already emerging gap between the friends. The eventual fallout and final scenes between the two were some of the best of the entire series.


Below are two scenes from what I described above. (contains EXPLICIT LANGUAGE)

Many critics and fans alike allege that Season Four (the one with the kids) was the best. While equally excellent I don't think it excelled on every storyline, every character, every level like Season Three. I thought it was the best then, but even after a repeated watching and after seeing every episode of the entire series, it remains so.

Email ThisBlogThis!Share to TwitterShare to FacebookShare to Pinterest
Labels: Idris Elba, The Wire