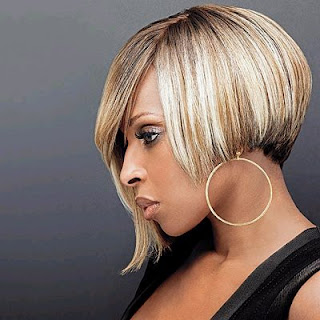 By Jay A. Fernandez-Hollywood Reporter

Tyler Perry is adding some harmony to his next picture.

The writer-director has cast nine-time Grammy winner Mary J. Blige (pictured left) in "I Can Do Bad All by Myself," an adaptation of one of his early plays. Blige joins Taraji P. Henson, recently nominated for an Oscar, in the Lionsgate release, which is due in theaters Sept. 11.

In the film, Blige will play a nightclub manager and singer who is good friends with Henson's character. Madea, Perry's most iconic creation, also will appear in the movie, which is shooting at Tyler Perry Studios in Atlanta.

Blige is coming off two sold-out national tours and is in the studio working on a new album due out this year from Interscope Geffen. The singer already has eight platinum or multiplatinum albums.

Blige, who is repped by ICM and Kendu Isaacs, recently guest starred on "Entourage" and is lining up another TV gig for later in the year. She most recently appeared in "Prison Song," and her music has graced a host of TV and feature soundtracks.