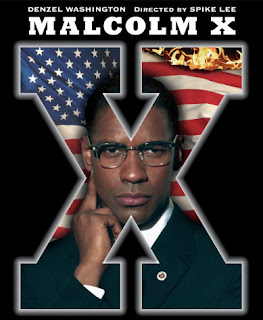 The films, which include Hollywood classics, documentaries, innovative shorts and genres from virtually every era of American filmmaking, span the period 1891-1996. This year's selections bring the number of films in the registry to 550.

Under the terms of the National Film Preservation Act, the Librarian of Congress each year names 25 films to the National Film Registry that are "culturally, historically or aesthetically" significant. To be preserved for all time, these are not selected as the "best" American films of all time but rather as works of enduring significance to American culture.

"As the nation's repository of American creativity, the Library of Congress -- with the support of Congress -- must ensure the preservation of America's film patrimony," Librarian of Congress James H. Billington said. "The National Film Registry is a reminder to the nation that the preservation of our cinematic creativity must be a priority because about half of the films produced before 1950 and as much as 90% of those made before 1920 have been lost to future generations."

Annual selections to the registry are finalized by the Librarian after reviewing hundreds of titles nominated by the public and having extensive discussions with the members of the National Film Preservation Board as well as the Library's motion picture staff. The Librarian urges the public to make nominations for next year's registry at the Film Board's website at www.loc.gov/film.

For each title named, the Library of Congress Packard Campus for Audio Visual Conservation works to ensure that the film is preserved for future generations, either through the Library's massive motion-picture preservation program or through collaborative ventures with other archives, studios and independent filmmakers.

The Packard Campus, funded as a gift to the nation by the Packard Humanities Institute, is a state-of-the-art facility where the nation's library acquires, preserves and provides access to the world's largest and most comprehensive collection of films, television programs, radio broadcasts and sound recordings. The campus is home to more than 6 million items, including nearly 3 million sound recordings.-The Hollywood Reporter

has a list of all the African American Films in the National Film Registry. Go to their page right here

If you enjoyed the film 'Malcolm X' you should check out By Any Means Necessary: The Trials and Tribulations of the Making of Malcolm X (book cover pictured left). In the book Spike Lee describes the troubles he encountered while making the film Malcolm X. Click here for more reviews at Amazon.com

Proof that ART does win over commercialism. Love it!