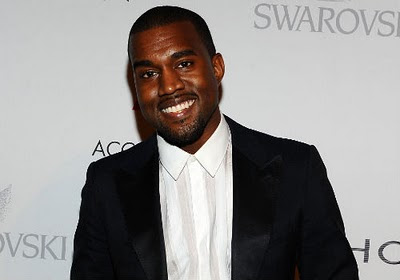 Do you have a favorite day of 2010? We do. July 28. Why July 28, you ask? Because it's the day Kanye West joined Twitter and enriched our minds, bodies and souls. So often celebrities join Twitter and don't live up to the idealized version of them we have in our heads, leaving us to wish they never joined the social networking site at all. Not Kanye. Kanye is a Twitter goldmine, bestowing upon us endless nuggets of information, thoughts and quotes.


As of Dec. 23, Kanye has tweeted 1,220 glorious times and choosing the top 25 was no easy task. We're talking about a man who bypasses the PR buffer to unleash his uncensored thoughts on the whole VMA debacle with Taylor Swift and his "fight" with Matt Lauer and The Today Show (he's still waiting for that apology he already accepted in advance, Matt). This is also a man who jogs in Lanvin and thinks every week is Fashion Week. Through Twitter we learned why he loves typing in all caps (HE'S NOT MAD, HE'S LAZY!) and received possibly the greatest hashtag ever, #kanyeshrug. Try to use it in a tweet this week.

We may be criticized for this next statement, but here goes nothing: Kanye West is the greatest celebrity of this generation. Go on, hate us. We know you want to, but you can't deny the entertainment value Kanye brings into our lives by just being himself.

20. On Oct.14, I'm afraid that the older I get the more I'll have to regret... what do you do with regret... especially for an admitted perfectionist"

14. On Sept. 4, "People tweeted that they wish I was dead... No listen. They wanted me to die people. I carry that. I smile and take pictures through that"

12. On Oct. 24, "What's better for devil worshipping Iphone or the Droid... Does lucifer return text... is he or she on Skype? Don't wanna be sexist"

10. On Oct. 16, "I hate when I'm on a flight and I wake up with a water bottle next to me like oh great now I gotta be responsible for this water bottle"

9. On Oct. 17, "In all honesty ... I really don't be thinking about Wal-Mart when I make my music or album covers #Kanyeshrug!" 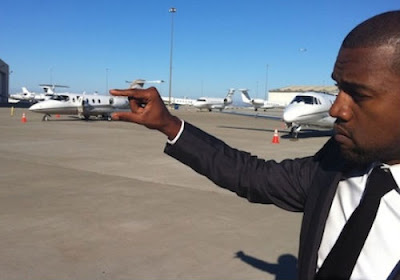 1. On July 29, "I think Twitter was designed specifically with me in mind just my humble opinion hahhhahaaaahaaa humble hahahahhahaahaaaa"

Posted by Dankwa Brooks at 8:42 PM