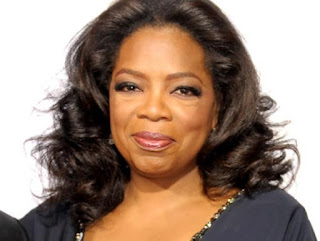 By GRAHAM BOWLEY, New York Times
June 12, 2013
Oprah Winfrey is giving $12 million to help build the Smithsonian’s National Museum of African American History and Culture in Washington, the museum announced on Tuesday.
Due to open in late 2015, the planned $500 million museum is being constructed on a five-acre site next to the Washington Monument on the National Mall.
In recognition of Ms. Winfrey’s gift, the museum’s 350-seat theater, one of the building’s largest spaces, is to be named the Oprah Winfrey Theater.
“The theater’s programs will enable audiences to gain a broader understanding of how African American history and culture shape and enrich the country and the world,” the Smithsonian said in a statement. It said the “theater will be a forum in the nation’s capital for performers, artists, educators, scholars, authors, musicians, filmmakers and opinion leaders.”
“This gift helps us get to the finishing line in terms of construction,” said Lonnie G. Bunch III, the museum’s director, in an interview. “Oprah has also given her imprimatur and that helps with fund-raising and visibility.”
So far the museum has raised $335 million toward the $500 million cost of design, construction and exhibitions, including $145 million from private sources, he said.
Other large donors include the Gates Foundation and the Lilly Endowment, which have each given $10 million.
Mr. Bunch said the building, now under construction and designed by the team of Freelon Adjaye Bond/SmithGroup to evoke the art of an ancient West African kingdom — should be finished in one and a half to two years. “We are on track and on budget,” he said. Despite cutbacks in Washington, he said, congressional financing had been forthcoming. “We are grateful. We have done well.”
Together with $1 million she gave in 2007, Ms. Winfrey’s latest gift means she is now the single largest donor to date, the museum said. She has been a member of the museum’s advisory council since 2004; other council members include Richard D. Parsons, former chairman of Citigroup, and Laura W. Bush.
“By investing in this museum, I want to help ensure that we both honor and preserve our culture and history, so that the stories of who we are will live on for generations to come,” Ms. Winfrey said in the official statement.
The museum was established as a Smithsonian museum by an act of Congress in 2003.
Posted by Dankwa Brooks at 3:27 PM

Email ThisBlogThis!Share to TwitterShare to FacebookShare to Pinterest
Labels: Oprah