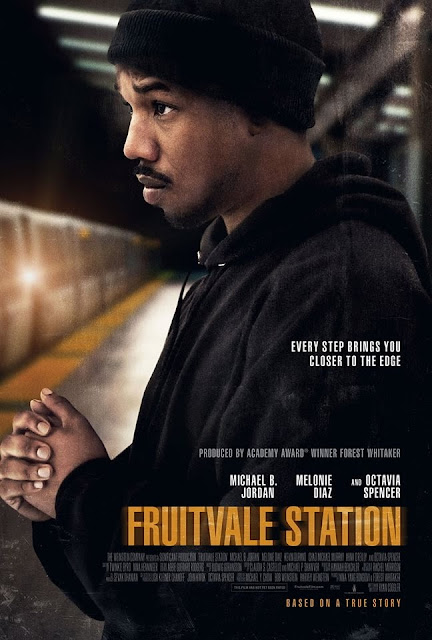 The opening of “Fruitvale Station” on the same weekend as the Trayvon Martin trial concluded was certainly not planned on purpose. But the similarity of the two high-profile shootings was a potent reminder for the Weinstein Co. pickup, which scored the weekend’s highest per-screen average of nearly $54,000 from seven locations, including the sold-out Grand Lake theater in Oakland, Calif.

“Obviously, we had no idea of what would be going on at the time we dated the movie, but it’s very topical,” said Weinstein distribution topper Erik Lomis, referring to Saturday’s acquittal of Zimmerman, a former neighborhood watchman,  in Sanford, Fla.

“It’s hard to watch this film and not be moved,” Lomis added.

“Fruitvale” is based on the true story of Oscar Grant, a young African-American man in Oakland, who was shot and killed by a BART police officer in 2009.

The film, which stars Michael B. Jordan and Octavia Spencer, sold out Friday night and Saturday evening screenings at the Oakland location, as well as at the Arclight Hollywood and the Angelika in New York.

Many supporters of “Fruitvale” found the timing of the opening particularly resonated with the news of George Zimmerman’s acquittal.

The Zimmerman case also touched the biz last summer when Fox was faced with the decision of whether or not to change the title of its comedy “Neighborhood Watch” to just “The Watch.” The studio ultimately did, though the film — which was released six months after the Martin shooting in February 2012 — struggled to find an audience, grossing just $35 million domestically.

Weinstein plans to expand “Fruitvale” to six more cities on Friday, including Chicago, Philadelphia, Dallas, Atlanta, Washington D.C. and Houston, before breaking out the film nationwide the following weekend.


Earlier News
Sundance 2013: Weinstein Co. buys 'Fruitvale'
By John Horn and Amy Kaufman | Los Angeles Times
January 21, 2013, 1:45 p.m.
PARK CITY, Utah -- In a deal for about $2 million, the Weinstein Co. has acquired rights to the drama “Fruitvale,” shown at the Sundance Film Festival, according to a person close to the film who was not authorized to speak on the record.
“Fruitvale” is based on the 2009 shooting of 22-year-old African American father Oscar Grant by a BART police officer in Oakland, an event that sparked outrage among community activists.
The film, starring up-and-comer Michael B. Jordan in the lead role and directed and written by Ryan Coogler, follows Grant in the 24 hours before his death, during which he spends time with his family and decides to stop dealing marijuana.

Fruitvale Wins Top Prizes at Sundance
January 26, 2013
The Sundance Film Festival honored its top entries during an evening ceremony Jan. 26 near Park City, where 26-year-old Ryan Coogler’s drama Fruitvale was honored with both the Audience Award and Grand Jury Prize.
“It’s about how we treat people we love the most, and how we treat the people we don’t know,” Coogler said. “To get this award means it had a profound impact on the audiences who saw it.” 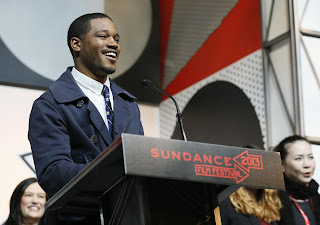 Emcee Joseph Gordon-Levitt expressed his feelings for the film, based on the 2009 shooting of Oscar Grant by BART officials in Oakland, a little differently: “I f---ing love that movie!” he exclaimed after the film took home the Audience Award.
—Info from The Hollywood Reporter

Even though it started opening in selected cities July 12, 2013 the film opened nationwide on July 26, 2013. Below is its box office receipts.


Fruitvale Station, from The Weinstein Co., placed No. 10, grossing an outstanding $4.7 million from 1,030 theaters for a location average of $4,377 and cume of $6.3 million. Ryan Coogler's critically acclaimed film, prospering in both art house and African-American theaters, recounts the real-life shooting of an unarmed young black man by a BART police officer in Oakland. The film, which should end the weekend with a domestic cume of $6.3 million, has drawn numerous parallels to the Trayvon Martin case.

"The fact that it is in the top 10 is pretty impressive," said Erik Lomis, president of distribution for TWC.—The Hollywood Reporter