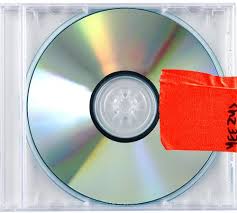 Yeezus, like his 2008 album 808s & Heartbreak is a departure from Kanye’s usual hip hop offerings. As Kanye classified 808s & Heartbreak a pop album, that incorporated elements of synthpop, electronica, R&B, and electropop, so is Yeezus. While the 808 tracks are primarily sung rather than rapped by Kanye, the Yeezus tracks are mostly rapped.

While the musical styles vary from song to song and sometimes in a song itself I think the album as a whole WORKS. While not all the tracks (any?) are radio singles, the album works if you listen to it as a whole. There are several tracks that do stand out and classify as HOT that I have listed below.

I like Yeezus a lot and I applaud Kanye for trying something different—and making it work!

Posted by Dankwa Brooks at 3:03 PM