The Greatest Avengers Story I Ever Read

I wrote the below review about the trade paperback and added my filmmaker's opinion about how we can see an adaptation!

Avengers: Under Siege by Roger Stern
My rating: 5 of 5 stars

Way back when these were originally published (1986-1987) I read the original printing of these issues Avengers #270-277-- written by Roger Stern and illustrated by John Buscema and Tom Palmer.

I had been reading the Avengers for about six months when this storyline came up and I thought it was one of the best comic book stories I have ever read. I guess Marvel Comics did too and published this storyline in this trade paperback.

Led by Baron Zemo, the newly formed Masters of Evil formulated a plan to not only defeat the Avengers, but completely decimate them. 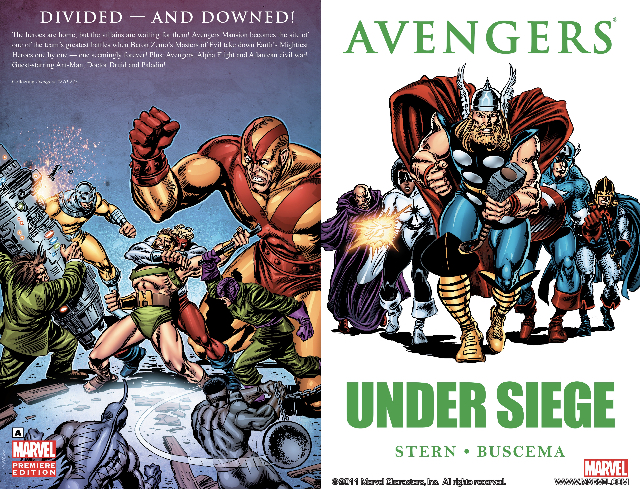 The Avengers line-up at the time of the siege was:
Captain America
Captain Marvel
Black Knight
Hercules
Wasp


As you can see the numbers were stacked against the Avengers and The Masters of Evil took on the Avengers piece by piece. Just when you thought there was no way the Avengers could survive…well you have to read the book, but everything in the end was not a happy ending.

Ultimately though it was a great storyline filled with action and plot twists and as Oliver Sava, A.V.Club.com put it "Roger Stern and John Buscema's 1986 story arc 'Under Siege' finds Avengers Mansion under attack by a new Masters of Evil, leading to one of the purest superhero-vs.-supervillain team fights ever put on the page.”

FILMMAKERS OPINION
As stated this was one of the greatest superhero/supervillain battles ever and of course given the success of the Avengers movie (2012) this would make a great follow-up…but it’s just too expensive to ever make into a live action film.

The fights in the book were awesome and bombastic and possibly could be filmed, but the amount of characters, heroes and villains would just be too much.

I think for an ANIMATED film it could be a great adaptation.


*You can read this story yourself in the trade paperback "Avengers: Under Siege". Look for it at your library or book retailer.

RELATED:
Another Cool Black's Mad Meditation "Ranking the Solo Avengers Movies" click the graphic below to read it!

View all my BOOK reviews

Posted by Dankwa Brooks at 9:16 AM