There was a great recent video profile of filmmaker Dee Rees and it got me thinking about her feature film resume. I've been a fan of her work since she burst on the scene with her first feature film Pariah in 2011. Below is what I've written and posted on her body of work on social media and on my Production Company 'Nother Brother Entertainment.

In 2018, Dee became the first Black woman nominated for an Oscar in the Best Adapted Screenplay category for her highly-acclaimed film Mudbound (2017). The film, starring Jason Mitchell, Carey Mulligan and Mary J. Blige, tells the story of two men returning home from World War II, struggling to deal with racism and post-war life and was nominated for four Oscars, two Golden Globes, and received over 100 nominations between 2017 and 2018. –IMDb


I loved her work since her FIRST feature film 2011's Pariah. 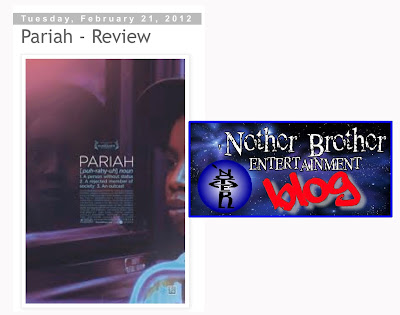 I reviewed the film at the 'Nother Brother Entertainment blog HERE)

I also loved her work on her followup, the Emmy Winning Bessie (2015) starring Queen Latifah. I never got a chance to review the film, but I LIVE TWEETED its broadcast premiere at 'Nother Brother Entertainment on Twitter. Check out those tweets via the tweet below.

I reviewed her next feature film, the Academy Award nominated Mudbound (2017) on Instagram. Read that review below.


#Mudbound Review: I thought this film was terrific. A cogent and compelling southern family drama and that’s a lot coming from me. Straight up and down, I’m an urban yankee and I don’t take too kindly to southern dramas. They’re just not my thing, but I found this one satisfying all the way through. SYNOPSIS: Two men (one white, one black) return home from World War II to work on a farm in rural Mississippi, where they struggle to deal with racism and adjusting to life after war.—IMDb The film deals with both families of the men and shows you the realities of southern life. The drama is slow paced, but as I stated compelling and EVERYTHING adds up by the end. And that end, that Third Act, yeah—it’s brutal. The success of this drama lies in its acting and direction. The cast CAREY MULLIGAN, JASON CLARKE, ROB MORGAN, MARY J. BLIGE, JONATHAN BANKS and GARRETT HEDLUND pound for pound each did superb jobs. Director #DeeRees, with cinematography by RACHEL MORRISON, did a magnificent job on this film and if Hollywood doesn’t recognize that this woman is a FORCE after this picture then they’re really not interested in inclusion. Not at all. This is not one of those “you should see it because it’s good for you” movies. You should see it because it’s a pertinent family drama that tells a story of a bygone south intelligently and authentically. #MudboundMovie, currently on #Netflix, is one of the BEST films of 2017. #DBMudbound
A post shared by Dankwa Brooks (@dankwa) on Dec 20, 2017 at 9:12am PST

Here is that video profile I spoke of earlier, reposted on the 'Nother Brother Entertainment Instagram below


Great video featuring a Great Director🎬 #Repost #StrongBlackLead ・・・ FUN FACT: #DeeRees wrote the critically acclaimed “Pariah” as a thesis for film school (a film school that *someone* told her she wouldn’t get into, btw), which eventually led to her directing #Mudbound 🙌🏾 #CreatorTalk
A post shared by 'Nother Brother Ent.,LLC (@notherbrother) on Mar 21, 2020 at 11:36am PDT


You can see her resume at IMDb HERE
Posted by Dankwa Brooks at 7:48 AM