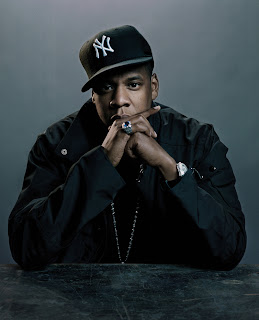 Shawn Corey Carter (born December 4, 1969), better known by his stage name, Jay-Z (pronounced [jæːze], JAY-zee), (pictured left) is an American hip hop artist and businessman. He is one of the most financially successful hip hop artists and entrepreneurs in America, having a net worth of over $150 million, shipping over 30 million copies of his albums in the United States alone and receiving several Grammy Awards for his musical work.

Read more about Jay-Z at Wikipedia

Posted by Dankwa Brooks at 6:00 AM