Michael Jackson's This is It-Review 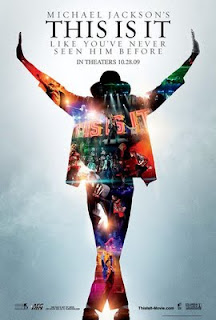 Michael Jackson's This is It

This Is It...Ain't It. Before you say that's cold. Let me explain. I’m gonna say it from the start, this movie is ok. Don’t get it twisted, I didn’t hate it and it’s not a bad movie, but you have to keep in mind several factors.

This footage was never meant to be released as a film. It's NOT a documentary and doesn't have a story. This is a bunch of filmed rehearsals. It was meant to be compiled into one of those promotional films that plays while Michael changes costumes and the crew changes the sets and stuff. All of this footage probably was supposed to be in a 10-15 minute film not a 2 hour one.

Having said that, you do get glimpses (only glimpses) into what a creative person and perfectionist he was. You also get glimpses into what a FANTASTIC tour this would have been. You get to see some of the set designs and set-ups for his most popular songs. Also let me say that 95% of this film is Michael. I was expecting a lot of filler interviews and such, but there wasn’t. It’s all Michael and kudos to the filmmakers for that.

Latoya Jackson stated that she felt that Michael wouldn't have wanted the film to have been released because he wasn't giving his all into his performances.

"Michael [Jackson] always wants to give his best. This is a rehearsal. He wasn’t giving his all [...] He loves to give his all always. That’s just the way he is. He wants people to see him at the top of the ladder and not half-stepping because he doesn’t want to do a full-out rehearsal."*

That seems true in this film, these are rehearsals and Michael didn’t want to go “full blast” with his singing and dancing, but the film happens to catch moments when he just couldn’t help it and sang and danced his heart out. His voice was just as perfect as ever and his dancing was equally on point.

The end result of this film is that you see that Michael wasn’t in this just to make a buck, he wasn’t going to “phone it in”. Michael was committed to bringing an ultimate concert experience and nothing less. A true testament to his vision, his talent, his genius.

Cool Black's Mad Commentary: After his death there were reports that Michael was not physically fit enough to do this tour. While he was quite thin, he was moving, grooving and singing just as well as he ever has. As a filmmaker I know that any footage that cast Michael in a negative light (as far as his health) would never make it into this film, but from what I saw he was ready as ever. 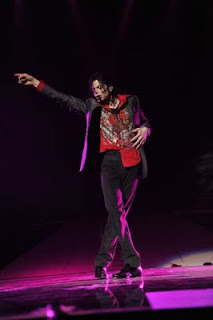 "This Is It" continues to throw all the old rules about concert movies out the window.

Concert movies traditionally see ticket sales decline rapidly after they premiere, as avid fans who turn out on opening day make up most of the audience. But "This Is It" grossed more on Sunday than any day since it debuted, a sign that word-of-mouth is strong and moviegoers who initially may have been hesitant are turning out. There also may be repeat viewing, which is often the case for concert films.

If the trend continues, "This Is It" should enjoy a relatively modest decline next weekend, and what initially looked like a middling domestic performance may actually turn into a pretty good one, albeit not nearly as big as overseas. That's where Jackson is really cleaning up.

Email ThisBlogThis!Share to TwitterShare to FacebookShare to Pinterest
Labels: Cool Black Review, Michael Jackson, movie review, This is It