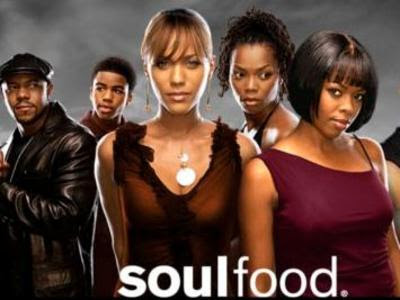 Word on the street is Fox is looking to revive the popular Showtime series Soul Food, based on the hit 1997 film.

The original Soul Food series ran on Showtime from 2000 to 2004 and was a hit with viewers. It followed the lives of a black family in Chicago, struggling with life's ups and down (marriage, divorce, owning a business, etc.). According to the industry blog Fishbowl LA, Twentieth Century Fox is looking to capitalize on the African-American demographic who is hungry for shows.

Now, Fox is looking to revamp the series for a new generation. The project is still in the very early stages of development, but executives at the company are said to be keen on it. It isn't yet clear whether the new Soul Food would be for the Fox broadcast network, or whether the company would try and sell it to other channels.

Although many networks have been slow to create shows that target African-Americans, the audience is out there. Cable networks such as TBS, VH1, and BET have scored hits with original programming targeting African-Americans, and the web is exploding with quality shows each day. So it would be wise for Fox, or any other network, to create well-written and well-acted shows that target black viewers.