Creator of 'The Boondocks' on Co-writing 'Red Tails' 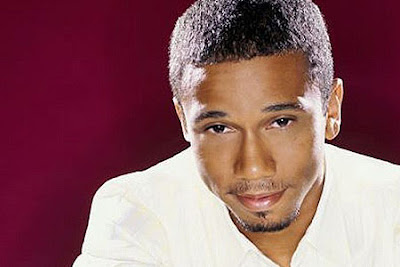 George Lucas' "Red Tails," his action adventure about the Tuskegee Airmen, opens this weekend after twenty years in development. Featuring a cast and crew of black talent, one of the names on the project that has drawn the most eyebrows is co-writer Aaron McGruder, creator of the popular cartoon "The Boondocks."

Throughout the print and television installments of "The Boondocks," McGruder courted acclaim and controversy equally. His biting satires and blunt opinions on everything from Ronald Reagan to corporate media to Tyler Perry, propelled him to forefront of liberal politics and African-American culture. One of his favorite targets was none other than George Lucas and the "Star Wars" franchise, a property he repeatedly took to task for becoming soullessly corporate and racially insensitive. In spite of his critiques, McGruder grew up as a die-hard fan of the film series, so he jumped at the chance to work on a project as important as "Red Tails." His complicated relationship with Lucas made their creative team-up a unique pairing, especially because Lucas personally courted him.

Moviefone spoke with McGruder about the entire process of working with George Lucas, why the Tuskegee Airmen should be comic book heroes, and what he's learned from his years as a pop culture lightning rod.

I had no idea you were involved in "Red Tails" until your name came up in the credits and it took me by surprise, honestly.A lot of people didn't know. I came on to the project kind of late so it really wasn't public knowledge until the trailer and posters started coming out.
It's interesting that it was actually George Lucas who personally reached out to you.Yeah, this was after principal photography; [director] Anthony [Hemingway] was already done with all his duties, and I was brought in during 2010 to initially to do some minor tweaking and punch-ups, but I started working with George and I had some ideas, he liked those ideas, so we ended up doing more. It was very cool.How crazy was that experience of working one-on-one with George Lucas?It was a big deal. I followed this project, pretty much for the twenty years that it existed. I first heard of the Tuskegee Airmen when I was ten years old, and I was probably a teenager, when I first read that George was doing it. You never think you're going to work on it, you just think, "Oh, this will be cool." You look forward to seeing it, and be happy that somebody is going to tell the story on that scale. Then they called and a week later I was there at the ranch. What I did a lot of was listen to George in terms of what he wanted out of the movie, and I think the more he talked about it, it was not exactly the movie he had. The movie he had was a very serious historical drama, and I had always envisioned it more like "Star Wars" -- particularly the old "Star Wars," the first one. I think that's what George wanted to. It was a question of "How do you get there while still respecting the weight of the subject matter?" You're a huge "Star Wars" fan, but you're also someone who parodied "Star Wars," calling Lucas out for the racial stereotyping of Jar Jar Binks. In the NY Times profile on George, they asked if Jar Jar ever came up and you said "no." But did you get any indication of his sense of humor regarding "Star Wars" parodies and criticisms?


No, I really didn't. It's obviously the elephant in the room, and I get why you're asking, but I went there with: "He's the boss, he's giving me this huge opportunity, and he's the studio." He's the actual studio. They didn't need me on this project; I was asked to show up and I genuinely wanted to do the best job I could for the movie. I really appreciated the opportunity. I was really happy that George and I clicked creatively, and I had that experience. He allowed more changes to be made than originally intended. I went there with the idea: "I am not going to deviate from the plan at all, not go into fanboy mode, I'm not going to go there." [Laughs] The movie is bigger than George because it is about the Tuskegee Airmen who were heroes to me most of my life. This is going to be their movie, and I wanted to do the best job I could. Being a "Star Wars" fan -- I mean come on. I got plenty of "Star Wars" fans to talk to about "Star Wars." Once I saw your name in the credits, I had a different ear to the movie, trying to hear your trademark voice.[Laughs] I know that, yes I know; you can't find it. With most movies this scale, all of us only knew the part we did, until we saw the finished product. The opening scene is one that George and I came up with. I wanted to open with that segment. It's definitely a hero's intro.Exactly. I wanted it to be like, "Holy shit, these are the stakes of the war ... 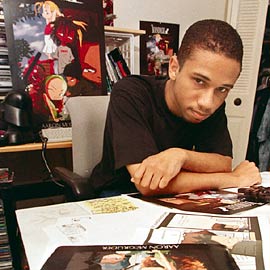 Will "Boondocks" ever return to TV in some kind of format?I'm just going to have to pass on that question. [Laughs]Have you ever thought about ...

mounting -- directing and designing -- an animated feature? Making an American anime for American audiences?All I can say, um [Laughs] All I can say is, I can't say anything.Did I stumble on something?What did you say: "interview's over"? Interview's over!