The Other Movie about The Tuskegee Airmen

In case you didn't know there was another movie about the famous airmen appropriately titled—The Tuskegee Airmen. 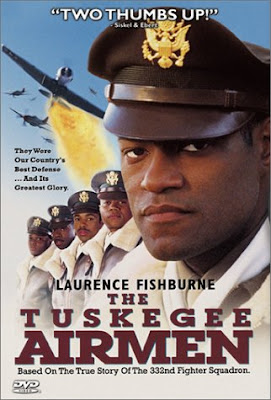 The Tuskegee Airmen is a 1995 HBO television movie based on the exploits of an actual groundbreaking unit, the first African American combat pilots in the United States Army Air Corps, that fought in World War II. The film was directed by Robert Markowitz and stars Gooding Jr., John Lithgow, and Malcolm Jamal Warner.-Wikipedia

The film is newly released on Blu-Ray (which I’m sure has nothing to do with Red Tails. I’m sure.) with a TON of extras. Read about the Blu-Ray at USA Today by clicking their logo below

The Wikipedia page on the 1995 HBO movie The Tuskegee Airmen
http://en.wikipedia.org/wiki/The_Tuskegee_Airmen