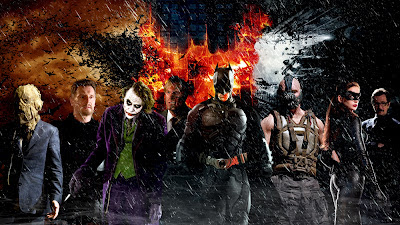 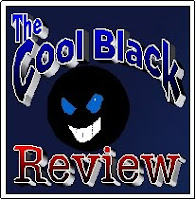 WARNING: I will be discussing SPOILERS from all three pictures by Christopher Nolan

In January 2003, Warner Bros. hired Memento director Christopher Nolan to direct an untitled Batman film. Nolan stated his intention to reinvent the film franchise of Batman by "doing the origins story of the character, which is a story that's never been told before". Nolan said that humanity and realism would be the basis of the origin film, and that "the world of Batman is that of grounded reality. [It] will be a recognizable, contemporary reality against which an extraordinary heroic figure arises."(Variety 2006)

Batman Begins (2005) When I initially saw this film I thought it was ok. I didn’t think the Scarecrow was a good villain, but the real villain was Batman’s mentor Ra's al Ghul anyway.

I thought Liam Neeson was great as Ra's al Ghul and I thought it was interesting to see where Batman—begins with Ra’s al Ghul and the League of Shadows. Even with that the picture as a whole was only ok. I rewatched it last year and appreciated it more as a “prequel” to The Dark Knight.

That brings us to The Dark Knight (2008) and it was AWESOME! Unlike Batman Begins TDK had a very strong villain in The Joker.

Heath Ledger as The Joker was just phenomenal and his orchestrated plan to take down Batman was great!

The film’s only draw back was its overlong ending after the introduction of Two Face and the whole ferry boat nonsense.

The Dark Knight Rises (2012) brought Christopher Nolan’s trilogy full circle in more ways than one. The whole story was good as it intertwined the current villain Bane with the League of Shadows from the first picture as well as Talia al Ghul, Ra’s al Ghul’s daughter.

Bane was a good villain and was the first time we saw a true physical hand to hand combat match for Batman. Selina Kyle was a good villain/hero who walked the line between both worlds. The film was also too long and dragged on forever. The final battle was kinda anticlimactic, but the ending was a perfect way to wrap up the trilogy.

I enjoyed all three of Nolan’s pictures, but these accolades as the “best trilogy ever” are without merit. The first and last pictures were ok and the middle one was the pinnacle. Christopher Nolan’s Batman trilogy was a very good film series and a great trilogy. Let’s just leave it at that.

Additional Links: You can click each movie poster above ^ to go to the Wikipedia page about the film 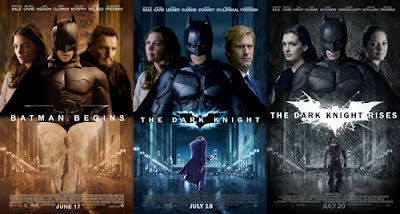 Posted by Dankwa Brooks at 1:00 PM