When Chicago Sun-Times film critic Roger Ebert died on April 4 after a battle with cancer, a cross-cultural, countrywide coalition of fans expressed grief over the loss of the 70-year-old Pulitzer Prize winner. You didn't have to be a Chicagoan to have heard of his work, which had a national audience. And you certainly didn't have to be a journalist or a film buff to appreciate his writing (check out his July 2012 personal essay about his wife, Chaz).

Much has been made of his unique ability to destroy what he deemed a subpar film with a few choice, biting words. But he also showed a remarkable capacity for thoughtfulness and insight, and nowhere is this more evident than in some of his reviews of black films. We dug into his archives to pull his reviews of the films that made the Final Four in our March Movie Madness bracket challenge to see what he had to say about the movies that would become -- as evidenced by your votes -- some of our most beloved big-screen classics. You might be surprised.

Spike Lee's "Malcolm X" is one of the great screen biographies, celebrating the whole sweep of an American life that began in sorrow and bottomed out on the streets and in prison before its hero reinvented himself ...
Walking into "Malcolm X," I expected an angrier film than Spike Lee has made. This film is not an assault but an explanation, and it is not exclusionary; it deliberately addresses all races in its audience. White people, going into the film, may expect to meet a Malcolm X who will attack them, but they will find a Malcolm X whose experiences and motives make him understandable and finally heroic.
Reasonable viewers are likely to conclude that, having gone through similar experiences, they might also have arrived at the same place.

Watching "Glory," I had one recurring problem. I didn't understand why it had to be told so often from the point of view of the 54th's white commanding officer. Why did we see the black troops through his eyes -- instead of seeing him through theirs? To put it another way, why does the top billing in this movie go to a white actor? I ask, not to be perverse, but because I consider this primarily a story about a black experience and do not know why it has to be seen largely through white eyes…
"Glory" is a strong and valuable film no matter whose eyes it is seen through. But there is still, I suspect, another and quite different film to be made from this same material.

As the characters move from coffee bars to record stores to restaurants to the Sanctuary, we realize how painfully limited the media vision of urban black life is. Why do the movies give us so many homeboys and gangstas and druggies and so few photographers, poets and teachers? ...
Many love stories contrive to get their characters together at the end. This one contrives, not to keep them apart, but to bring them to a bittersweet awareness that is above simple love. Some audience members would probably prefer a romantic embrace in the sunset, as the music swells. But "love jones'' is too smart for that.

I was also impressed by Eddie Murphy and Arsenio Hall in terms of what they did on the screen. I thought that both of them showed an enormous range of comic ability. What surprised me, though, Gene, was the screenplay. First of all, this plot is so old-fashioned and so hackneyed and so recycled out of 100 other fairy tales and other movies that I was waiting to see what kind of twist or spin Eddie Murphy was going to put on it, and there wasn't any.
And the second thing is, the energy level of the movie is so low. This is the first Eddie Murphy movie I've ever seen that can accurately be described as lethargic. You talk about how he's sweet and laid-back. I think he's way too laid-back. I wanted to see Eddie Murphy take this prince and not play him so straight and so sweet but give him a little bit of an edge ... And the whole idea of judging women on the basis just of their physical appearance and their external qualities ... [Did I like it?] No ... They're both talented guys. Give them a screenplay. 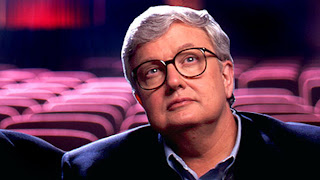 CHECK OUT The Root's March Movie Madness bracket challenge here
Posted by Dankwa Brooks at 11:22 AM