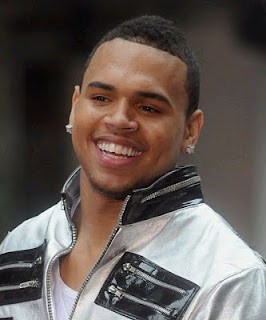 Chris Brown song 'Changed Man': Is it an apology to Rihanna - and an attempt to get her back?
By Jim Farber

"Ima make it up to you / and show the world / I'm a changed man," Brown sings. "And everybody hates Chris / They can never understand / so can we love? / can we love again?"

One stanza would seem to have Brown imagining a possible future with ex-girlfriend Rihanna. "This ain't over / it ain't over," he sings. "I remember your touch / God I miss u so much / please believe me / Baby I'm sorry."

Then again, the 20-year-old star allows that simply apologizing won't make up for his past behavior. "Saying I'm sorry / doesn't make it all right," Brown sings. "I know / I know / But I believe that we can make it."

Brown's record company has not formally released "Changed Man" as a single. But the self-issued song has gone viral on line, and has also gotten some play on both satellite and terrestrial radio.

Silvio Pietroluongo, director of charts for Billboard, told AccessHollywood.com that a handful of radio stations across the country have been spinning the single. The most plays come out of Philadelphia's WPHI-FM 100.3 The Beat, which has spun the song 53 times in the last seven days, according to Pietroluongo.

Still, he believes that exposure in certain sectors wouldn't be enough to make a hit. "While 'Changed Man' does move from No. 99 to No. 64 on the latest Hot R&B/Hip-Hop Songs chart, the chance of it becoming a high-charting hit is slim," he commented. "The amount of stations playing the song is minimal at the moment, and since the track was released without the involvement of Brown's record label and is not considered an 'official single,' sustained airplay growth is unlikely."

Opinions among fans of the song's sentiment have been mixed. One YouTube user wrote, "Beautiful apology … let the world know Chris … still got love for you." But another said, "Rihanna shouldn't go back to him."

The new single isn't Brown's only attempt to clean up his image. The R&B star has granted Larry King his first interview since his infamous February 8th arrest, and E.T. revealed some details about the sit-down, which will air Wednesday Sept. 2nd at 6 p.m. on CNN.

The R&B star spoke to King at CNN's studios in Los Angeles, joined by his mother Joyce Hawkins and his attorney Mark Geragos.

E.T. reports that Brown's mother got very emotional and started to cry during the interview.

Brown was officially sentenced for his assault on Rihanna on Tuesday afternoon.

You can listen to the song below

Posted by Dankwa Brooks at 2:59 PM