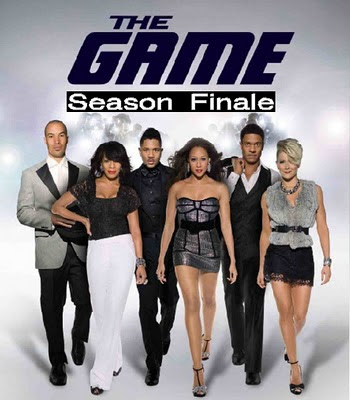 The half-hour sitcom, which drew record numbers for its premiere, averaged 2.1 million viewers on its old network the CW.

by Philiana Ng - The Hollywood Reporter

That’s still a ways off from its premiere in January when it debuted on its new network -- when it attracted 7.7 million viewers (read more about that at the link below) -- but still a major boost from its CW days. The Game averaged 2.1 million viewers on the CW.

BET’s launch of the half-hour sitcom, which originally aired on the broadcast net for three seasons before getting the axe in May 2009, was the series’ best showing ever and the cable network’s most-watched telecast.

Posted by Dankwa Brooks at 7:03 AM

Email ThisBlogThis!Share to TwitterShare to FacebookShare to Pinterest
Labels: The Game