Now that the awards are over and I already gave MY pick for Best Picture (linked at the end) here is a more detailed recount of what I thought about each film in alphabetical order. (You can read about each film at Wikipedia by CLICKING each poster below.) 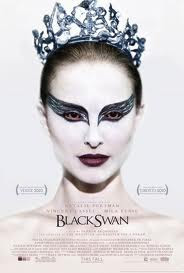 BLACK SWAN What a wonderfully trippy film. From beginning to end this picture was just a psychotic break without going too over the top…or totally breaking from reality mostly due to great direction by Darren Aronofsky. Mila Kunis gives another good performance (I liked her performance in Book of Eli as well.) Natalie Portman gives a frenetic yet nuanced performance. It could have easily become scenery chewing and over the top yet didn’t. 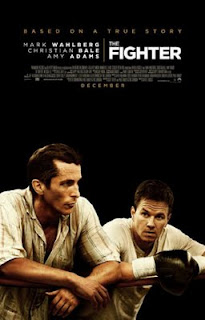 THE FIGHTER A really good film that gave a different take on the boxer who must over come odds to become champ. This film focused on the boxer’s dysfunctional, yet supportive family. Melissa Leo was good, but Amy Adams was FANTASTIC. Every scene she was in, she was great. The star Mark Walhberg was good too, but Christian Bale had another FANTASTIC performance. His performance also could have been easily become scenery chewing and over the top yet didn’t. 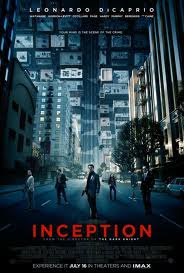 INCEPTION Talk about a trip, like Black Swan, this film was sort of a psychotic break WITH ACTION. An excellent film that, even though it had a mind bending story, had an underlying storyline about guilt, grief and love loss. About 30 minutes into the movie I thought, yeah folds onto itself that’s cool, but what else? Well when one of the antagonists interrupts the dream I started thinking “What was that about?” From that moment until the end I was completely into the picture. Great direction by Christopher Nolan and yes the picture is a special effects extravaganza, but great performances by Leonardo DiCaprio,  Marion Cotillard and the rest of the cast add to it. Last, but not least I have to point out Hans Zimmer’s work on the score.  The score is original music written specifically to accompany a film in order to enhance the dramatic narrative and the emotional impact of the scenes in question and Zimmer’s pulsating score did just that! Great direction, special effects, performances and score equal an excellent motion picture.
______________________________________________________ 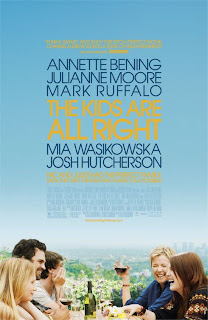 THE KIDS ARE ALL RIGHT A really nice “dramedy”. Every year the academy tends to nominate a really good film that blends comedy, drama and good performances and this was it. Yes Annette Bening gets all the attention (and has some great dramatic scenes) but the rest of the cast, Julianne Moore, Mark Ruffalo, Mia Wasikowska  & Josh Hutcherson are also very good. Mark Ruffalo in particular gives a performance that makes you like him, but makes you also think he’s kind of a jerk. A subtlety that’s not easy to accomplish. 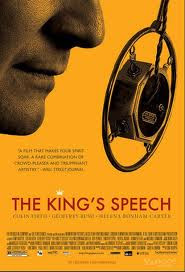 THE KING’S SPEECH An excellent film all the way around. Great story, direction and pitch perfect acting by and Colin Firth and Geoffrey Rush. I expected this film to be a nice story of overcoming odds and I’ve read about the great acting, but EVERYTHING about the movie was excellent including the direction by Tom Hooper. 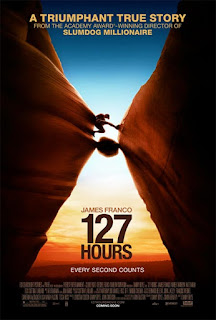 127 HOURS How can a movie about some guy who gets his arm trapped by a rock be interesting? Fantastically so. With a great performance by James Franco, the director Danny Boyle really finds ways to make a mostly solitary story interesting. I won’t tell you how, you just have to see it, but the ending is really emotional and I’m not talking about the “pivotal scene”. Great direction by Boyle and a REALLY great performance by James Franco. 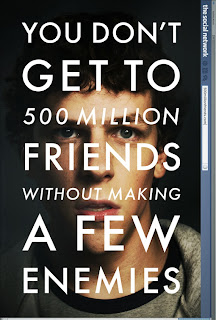 THE SOCIAL NETWORK Another excellent film all the way around. Great direction, an excellent script and great acting. The WHOLE cast, even the supporting cast, gave great natural performances aided by the director David Fincher and screenwriter Aaron Sorkin. Fincher and Sorkin made a story about a bunch of geeks writing computer code interesting and compelling by combining it with a story about power, success and envy. 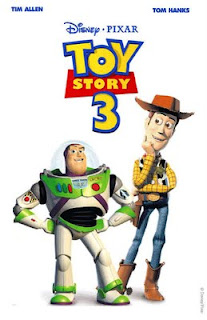 TOY STORY 3 Not much to say other than rarely (if ever?) is a second sequel good, nonetheless excellent and this one was. A very nice and touching way to tie up the trilogy. 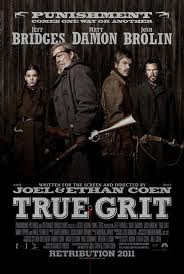 TRUE GRIT A really good film, with really good direction, script and performances. The true standout performance though was Hailee Steinfeld (pictured below right) who was EXCELLENT and commanded many scenes she was in. The story starts out with this little girl in pigtails making arrangements for her father’s burial and “making arrangements” is an understatement. She convincingly negotiated the price and the eventual bounty for her father’s killer with men twice (three times?) her age. That kind of convincing portrayal is quite an achievement for a 14 year old. 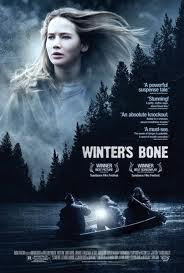 WINTER’S BONE This film was so authentic in its story and acting it kind of turned me off when I watched it. It was only in retrospect that I realized what an achievement it was. Some of the most truly authentic acting I have seen in ANY picture last year. Jennifer Lawrence was EXCELLENT in the lead and many of the supporting cast was equally gritty and authentic. An excellent authentic film.

The Oscar is an accolade bestowed by the American Academy of Motion Picture Arts and Sciences (AMPAS) to recognize excellence of professionals in the film industry and having watched ten of their honorees, I have to say yeah, they know what they’re doing. 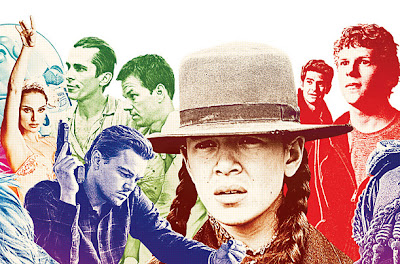