LAPD: Leads Have Been Exhausted in Biggie Murder Case 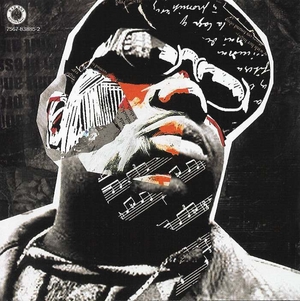 As the FBI released hundreds of pages of investigative documents related to the unsolved slaying of rapper Notorious B.I.G., Los Angeles police said they have no new leads in the case.

LAPD Capt. Kevin McClure, head of the department's Robbery Homicide Division, said Wednesday that the LAPD's investigation into the killing of the rapper, whose real name was Christopher Wallace, remains open, but that detectives have exhausted the leads they were pursuing.

"We have followed up on all of the leads we have at this time to the best of our ability. If anything new comes along we will certainly look at it," he said.

The FBI documents, released on the bureau's website, come from its probe into who killed the rapper, also known as Biggie Smalls, and whether any Los Angeles police officers were involved. The records include internal LAPD and FBI memos, witness statements and stakeout notes.

The New York rapper was gunned down outside the Petersen Automotive Museum in the Miracle Mile area on March 9, 1997, as he was leaving a music industry party.

The FBI's probe was closed in 2005 with few answers after investigators looked into various theories.

The FBI opened its probe after Wallace's family accused the city of covering up LAPD involvement in the rapper's slaying. The suit was dismissed last year.

The FBI was responding to unconfirmed allegations that police officers were present at the party Wallace attended before he was killed, talking on cellphones before the shooting. It was alleged by some sources that the professional nature of the slaying suggested it couldn't have been pulled off by a single gang member, but rather a larger group of people or officers.

Most of the allegations contained in the documents had been reported in news stories over the years. Because the FBI redacted the names and affiliations of many of the informants and witnesses cited in the documents, it is difficult to independently assess their credibility.

At the time of his death, Wallace was one of the biggest stars in rap music. His slaying shocked the hip-hop community, coming just months after the Las Vegas slaying of another marquee rapper, Los Angeles-based Tupac Shakur. Once friends, the rappers became rivals whose respective camps regularly traded violent barbs in song lyrics and in interviews. Shakur's slaying also remains unsolved.

﻿
﻿ Various theories have linked the two homicides. Some believe the two men were killed as part of a rivalry between East Coast and West Coast rappers, or between their two music labels at the time, Los Angeles-based Death Row and New York-based Bad Boy Entertainment.


The FBI has released hundreds of pages of records from their investigation into the 1997 slaying of rapper Notorious B.I.G. The records, which contain FBI files spanning eight years, come from a civil rights probe the bureau launched into the killing.

Baby Pictured on Notorious B.I.G.'s 'Ready To Die' Grown Up