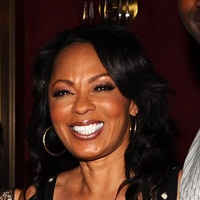 Debra Martin Chase (pictured left), one of very few Black female producers in Hollywood, has definitely made her distinctive mark in the rough-and-tumble world of moviemaking. The Great Lakes, Ill., native was originally a lawyer; her film career began when she joined the legal department at Sony Pictures. She went on to run Denzel Washington and Whitney Houston’s production companies.


Since establishing her own production company in 2000, Chase has gone on to produce many successful film and TV projects such as Rodgers and Hammerstein’s Cinderella, The Princess Diaries, The Sisterhood of theTraveling Pants and its sequel, and The Cheetah Girls TV movies. Her latest project, the original TV movie Lemonade Mouth, will premiere on the Disney Channel on April 15.

Ebony magazine recently had the opportunity to talk to Chase about the realities of the Hollywood today, and what it takes to survive and succeed in this unforgiving business.