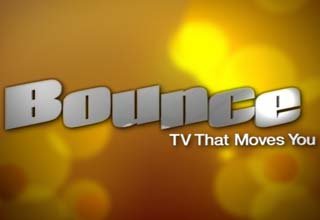 Raycom Media has agreed to carry Bounce TV, the new over-the-air television network aimed at African-American audiences, in 26 markets when it launches in the fall.

Raycom is the first station owner to agree to carry Bounce TV, which expects to be in 50% of U.S. television households at launch and to announce more distribution deals shortly.

The launch of Bounce TV was announced in April. Martin Luther King III and Ambassador Andrew Young are among its founders.

"Bounce TV is the right network at the right time for our stations," commented Raycom president and CEO Paul McTear. "Bounce TV will allow us to better serve our communities, giving underserved African-American consumers a new local television brand designed specifically for them while also providing our local stations an ideal companion network for their digital spectrum. We believe Bounce TV will be a meaningful network in our local communities and we look forward to a great relationship for many years to come."

Those Raycom stations represent 10% of all U.S households and 19% of African-American television homes.

"Landing our first station group is significant, but to explode out of the gate with Raycom, a leader in providing local television across the country, is tremendous and instantly validates the mission of Bounce TV," said Bounce TV distribution chief Jeffrey Wolf. "The Raycom stations will be able to localize our network and have it serve as a perfect complement to their primary channel. We could not be more thrilled to welcome Raycom as our foundation affiliate group."

Bounce also got an endorsement from the National Association of Broadcasters. "In launching the new Bounce TV network, Raycom is utilizing digital spectrum in a very smart and truly meaningful way by serving African-American television viewers with a free niche programming service," said NAB president and CEO Gordon Smith. "Local TV stations across America are using TV airwaves to deliver on the promise of digital television, and we fully expect that other broadcasters will support Bounce TV and other unique program services."

eToro is the ultimate forex broker for new and pro traders.