Shonda Rhimes Fixer Show Gets Picked Up and Another Title

Shonda Rhimes brings ‘Scandal’ to ABC-- but not until mid-season﻿ 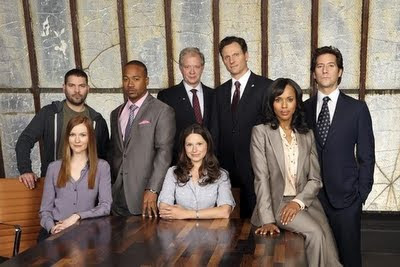 Shonda Rhimes has done it again. Well, I guess technically that remains to be seen. But ABC is hoping she will do it again, surely. Though they cancelled Off The Map, a show that fell under her umbrella of programming, they ordered Scandal (formerly Damage Control) to series to start in the midseason of 2011-2012.

What used to be the death slot, or at least the "we may never even air" slot has increasingly become a launch pad for critical successes, as well as fan favorites. Hell, Seinfeld was a mid-season series way back when and just a few months ago ABC saw a rally around Happy Endings when it premiered almost a year after the pilot was shot.

Entertainment president Paul Lee for ABC did admit that he has "big plans" for the shows he is saving for mid-season. He just felt that some of the pilots he picked up were too big to be ready to launch in the fall, and he wanted to take the time to nurture them. There has to be something to respect about that, right?

Anyway, Scandal will be Rhimes’ third series on-air in the ABC 2011-2012 line-up as Grey’s Anatomy and Private Practice are still going strong, but this one doesn’t deal in the medical field but instead public relations.