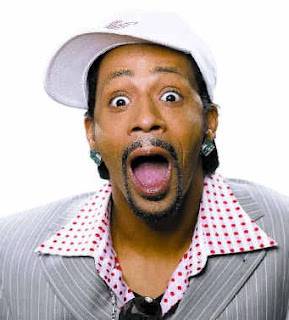 August has not been a good month to be comedian Katt Williams. After getting kicked out of his own stand-up performance in California earlier in the month (below), his Aug. 27 Phoenix show included a heated, racial exchange with a heckler.

The "Friday After Next" actor started engaging with a vocal audience member, when Williams concluded the man was of Mexican descent.

"You think I'm dissing Mexico and I'm defending America," Williams says in one of the more printable moments. "Are you Mexican? Do you know where Mexico is? No, this ain't Mexico, it used to be Mexico, motherf***er, and now it's Phoenix, godd***it. USA! USA!"

More profanities, attempted security interruptions and even an impromptu rendition of the National Anthem ensue. You can watch the whole NSFW rant at YouTube here

Katt Williams in trouble again: Comedian kicked out of his own show
By Carina Adly MacKenzie-Zap2It

Rapper/actor/comedian Katt Williams just can't seem to keep his cool. Best known as Money Mike from "Friday After Next" and for his participation in "Wild 'n Out," MTV's improv show helmed by Nick Cannon, Williams has had his fair share of run-ins with the law.

In April, four cop cars swarmed Williams in Beverly Hills after he had a heated argument with another man. He wasn't arrested that night, but he was in June, after a man driving a tractor on his property was stoned by three women. Yes, as in, they threw rocks at him. Williams was arrested under suspicion of intimidating a witness after he refused to let the man leave his property.

Now, it seems there's yet another controversy. TMZ reports that Williams was booted out of his own standup show after becoming "belligerent" with the audience at his 8:00 show at the Improv in Ontario, CA. His 9:30 show was canceled.

Posted by Dankwa Brooks at 8:09 AM