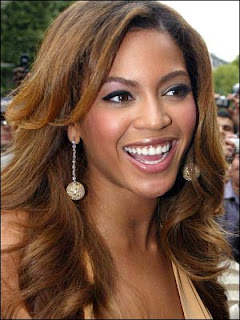 Clint Eastwood is in early negotiations to direct the long-gestating remake of A Star Is Born for Warner Bros.

Eastwood and his producing partner Rob Lorenzo will likely produce along with Bill Gerber, Jon Peters and Basil Iwanyk.

Warners has long been trying remake the movie, with Eastwood's due to be the fourth incarnation. This latest one has had director Joel Schumacher and Nick Cassavetes among those hopping on and off the helmer's chair while Will Smith and Russell Crowe have orbited leading roles.

The allure of the dramatic story of a young artist who marries a fading star, with her career flourished while his fades cannot be denied. Will Fetters wrote the current draft, which spins the scenario into the music world. This time it's a young singer who falls for an older rock star.

This new incarnation is being developed as a starring vehicle for Beyonce (above left) and Warners has for some time been trying to find the male lead.

Cool Black's Mad Commentary: I guess Beyonce chose this over a Sister Act remake. I put "possibly" in the title because as the article states "Clint Eastwood is in early negotiations to direct". "Early negotiations" does not mean he IS going to direct. As stated above "This latest one has had director Joel Schumacher and Nick Cassavetes among those hopping on and off the helmer's chair " even if he DOES sign on to direct he may still leave the project later. I think that Beyonce has shown promise as an actor and can only benefit from Eastwood's direction.

Posted by Dankwa Brooks at 9:37 AM

Thanks a lot!!!!
For me is always been a challenge to test the website on different browsers with different platforms, but this list of links made it all easy….
NIce post

Site's character and a great color match .. memeestetigiI will recommend your site to the other platforms.Sacekimi