Confessions of a Video Vixen-Book Review 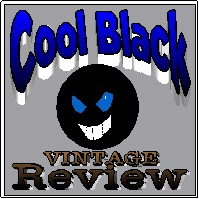 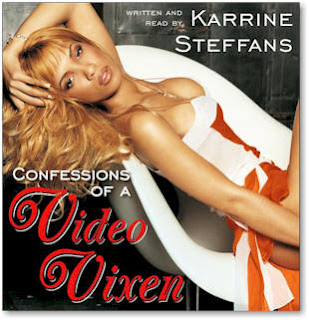 CONFESSIONS OF A VIDEO VIXEN


Glass vases filled with marbles crashed all around us as he began tossing linens from the bed. As the marbles scattered, we laughed in unison ... I remember the exact moment that I first laid on my back for him ... My legs were wrapped around his waist and just before his body was to merge with mine, I noticed his upper right chest. On it was a tattoo with the words "Pain is Love."


Confessions of a Video Vixen is the widely anticipated memoir of Karrine Steffans, the once sought-after sexy siren who appeared in the music videos of multiplatinum hip-hop artists such as Jay-Z, R. Kelly, and LL Cool J. A top-paid video dancer, Karrine transitioned to film when acclaimed director F. Gary Gray picked her to costar in his film A Man Apart, starring Vin Diesel. But the movie and music video sets, swanky Miami and New York restaurants, and trysts with the celebrities featured in the pages of People and In Touch magazines only skims the surface of Karrine's life.


This memoir -- part tell all, part cautionary tale -- shows how Karrinne came to be the confidante of so many, why she kept their secrets, and how she found herself in Hollywood after a life marked by physical abuse, rape, and drugs -- all before she was twenty-six. By sharing her emotionally charged story, she hopes to shed light on an otherwise romanticized industry.


The COOL BLACK REVIEW
I recommend this book, but it is nothing spectacular. Her horrible childhood, and it was horrible, seems almost cliché. Maybe I'm a cynic, but if you heard one story of being whipped with some object you've heard them all. The worst tales come from her relationship with old school rapper Kool G Rap. It really details how a person can humiliate and control another human being.

Of course you want to know whom she mentions in the book and here they are in alphabetical order:

She was so "plentiful" I may have missed a couple of people, but that is the gist of the celebs. The ONE person she does not mention is a rapper she named "Papa", who helped her out tremendously.

Posted by Dankwa Brooks at 3:16 PM