BET Networks chief on new program, the importance of Michael Jackson and branding BET in the age of Obama 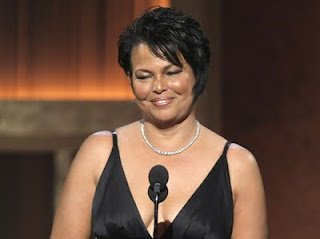 Inside Viacom, BET Networks is something of a rising star. Fresh off a stellar second quarter, thanks to stratospheric ratings for its BET Awards show, the cable network is busy developing new original programming on its flagship while teeing up a second service and rolling out internationally. Debra L. Lee (pictured above), chairman and CEO of BET Networks, talks with B&C's Claire Atkinson about new original programming, the cultural importance of Michael Jackson, and branding BET in the age of Obama.

Ms. Lee, 54, is Chairman and CEO of BET Holdings, Inc. , a media and entertainment company and a division of Viacom, Inc. She joined BET in 1986 as Vice President and General Counsel. In 1992, she was elected Executive Vice President of Legal Affairs and named publisher of BET's magazine division, in addition to serving as General Counsel. She was placed in charge of strategic business development in 1995. Ms. Lee is a director of WGL Holdings, Inc., Marriott International, Inc. and Revlon, Inc.-Forbes.com

BET's ratings were up 34% in the second quarter of '09. To what do you attribute that rise?

We've made a lot of strategic moves that have contributed to our ratings growth. Loretha Jones joined us last year as the president of original programming, and Barbara Zaneri joined us as our head of programming, scheduling, strategy and acquisitions. Together they have made our programming and scheduling even smarter in a number of ways - from strengthening Tuesday nights, to moving our hit gospel competition series Sunday Best to Sundays, to using our returning franchises to help launch new shows, to programming our dayparts in better ways.

There is more flow to the schedule, and we have made great acquisitions, including The Game. We have also acquired movies including Training Day and The Matrix; we're doing movies three times a week now.

Our ratings growth is a result of our original programming, and we have even more series in the pipeline. We have a nightly talk show with Mo'Nique, starting in October, called The Mo'Nique Show. We also recently added The Wendy Williams Show to our nightly line-up--it airs earlier in the day on Fox. We also have another new show about singer Monica that follows her comeback in the music world. Her show will be called Monica.

We are also partnering with NASCAR on Changing Lanes, which chronicles the search for the sport's next generation of drivers. We're looking at the changing face of NASCAR. It is something we are excited about.

The BET Awards obviously did a lot better this year coming right after the death of Michael Jackson. Tell us about how that came together?

We had 10.65 million viewers tune in (live + same day), which makes the BET Awards the number one show on cable so far this year. The number of viewers who tuned in to see the awards is a testament to Michael Jackson's far-reaching and long-lasting influence and legacy. It was really the first time people could express themselves about Michael, so the emotion really came through.

It also gave us the chance to promote other shows like [reality series] Tiny and Toya. We premiered it after the BET Awards ended at 12:45 a.m., and it became the number one original series in our network history. Coca-Cola sponsored a red room, where we had actor Idris Elba deejaying. [Our advertisers] see the value in having great talent on site.

Generally our BET Awards rate highly. The sponsors and partners for this year's show included Pepsi, Procter & Gamble's Cover Girl and My Black Is Beautiful, Twitter, Kmart, Lincoln, Ford, KFC Pride 360, Yahoo! Music and Grey Goose Vodka. It was the No. 1 telecast in cable television history among African-Americans. Stephen Hill, [president of music programming and specials] oversees the show every year.

How did this year's show come together?

Michael Jackson's death really changed it. Stephen and the team had to change just about everything only two days before, because we, of course, wanted to have the performers do Michael Jackson tributes as best we could in a limited time frame. Michael really created the song book for a generation. There hasn't been another entertainer like him, and I don't think there ever will be another person who comes close to making the impact he had on pop music.

We'd be interested; it's a little expensive, though. You know, one of my favorite memories of Michael was when I had a reception for him at my home. About 250 people came and he was perfectly charming and chatted about the business. He stood on a receiving line and he took pictures with everyone there.

I'm glad I had the chance to meet him. His only request was for bowls of Skittles. I've never seen grown people push each other out of the way to meet someone like they did with Michael.

How has BET's mission evolved? How does President Obama being in the White House help you?

It just so happened that our new brand strategy started the year President Obama was elected to the White House. Our mission is to respect, reflect, elevate and inspire our audience.

President Obama has had such a great effect. Having a black family in the White House increases awareness of black culture, and the number of non-black viewers coming to our network has increased.

A few months ago, President Obama invited me to come in and meet with a group of 12 CEOs to talk about the stimulus package. He said BET should be there talking with the likes of Mattel and Xerox.

BET worked with Procter & Gamble on a short series called My Black is Beautiful. Are you doing any other sponsored programming?

We just premiered a new series called Rising Icons, in partnership with Grey Goose Entertainment, about up-and-coming artists in music like Keri Hilson and Chrisette Michelle. The series takes viewers on an up-close-and-personal journey behind the scenes with the artists, giving viewers a glimpse into their road to stardom and revealing what it takes to be successful in music and entertainment today. We are doing more on the integrated marketing side.

How are you working with Nielsen to make sure that the African American audience is adequately represented?

They have increased the size of the African-American sample to 1,200, which is up from 600. We continue to find ways to make it more realistic and more representative.

How are ad sales proceeding?

They're holding steady and improving. Earlier this year, it was a tough time for everyone, but the third- and fourth-quarter ratings were really positive. National TV sales have held up and ratings are moving in the right direction.

Tell us about what BET is doing in addition to the core channel, and what's happening internationally?

In the fourth quarter of this year, we'll be launching Centric, which is targeted at 25- to 54-year-olds - essentially today's trend-setting, sophisticated African-American and multicultural adults. We're busy with the look and feel right now.

We'll be bringing back the Soul Train Music Awards in November on Centric. The music is going to be more R&B, and we've got two new shows, one about young Black male models called Model City, and one called Keeping Up With the Joneses, which follows Houston high society.

What are BET's achievements beyond the screen?

Just last week, we hosted our annual Summer Camp for Girls, which helps young African-American girls from low- and middle-income families make healthy lifestyle choices. We host it in partnership with General Mills, and more than 100 young girls attended this year.

After Hurricane Katrina we did a talkathon and raised $14 million. In 2008, we also held of a number of grassroots events through our "Be Heard" campaign to encourage people to get involved in the presidential election and vote.

We're always very proud of our pro-social efforts, which include our Emmy Award-winning program about HIV/AIDS and sexual health awareness called Rap-It-Up.

Posted by Dankwa Brooks at 4:36 AM

Email ThisBlogThis!Share to TwitterShare to FacebookShare to Pinterest
Labels: BET

Want To Boost Your ClickBank Banner Commissions And Traffic?