TBS Orders Sitcom 'Are We There Yet?'

Debmar-Mercury has sold original comedy Are We There Yet? to TBS for a ten-episode test run.

Based on the hit movie from Revolution Studios, the show is the latest in a series of tests put together by Debmar-Mercury intended to create new programming at a minimum of risk for all partners. 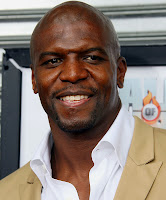 The ten-episode test is slated to premiere on TBS next June, and TBS will have the option to order 90 more episodes if it's happy with the program's performance. TBS is also the home of Tyler Perry's House of Payne and Meet the Browns, both of which are also distributed by Debmar-Mercury and are the results of successful test runs.
Posted by Dankwa Brooks at 1:35 PM