Oprah Says She's 'All In' on OWN

The Cable Show 2011: Oprah Reassures Cable Audience She's 'All In' on OWN

Chicago -- Appearing on stage at The Cable Show's general session on Thursday, Oprah Winfrey reassured the cable industry attendees that she's fully committed to her fledging network OWN, which has had a rocky start since its launch in January.

Winfrey said that Discovery Communications CEO David Zaslav told her early on in their discussions that "we need you to be all in" or Discovery was going to walk. Now that her syndicated show has finished its 25-year run, Winfrey said she would be back at work in two weeks.

"The vacation that I thought I was going to have is kind of over," she said.

When the panel's interviewer, Investigation Discovery's Paula Zahn asked Winfrey where she would like her network to be in five years, Winfrey clarified that it would need to get there in three. "Patience is not a virtue of mine," she said. (As evidenced by the dismissal of network CEO Christina Norman in May - Discovery COO Peter Liguori is now running the channel on an interim basis).

Winfrey acknowledged the soft ratings of OWN's early programming, saying it's not as easy to know what will work on a show that's not her own. "Yes it is more difficult," she told Zahn. "It's harder to make that judgment for what other shows can do."

As she has admitted before, Winfrey said again that if she had to do the launch over, she would do it differently, by building programming around one night at first before expanding to other nights.

But it's clear that with her name and brand attached to OWN, Winfrey is not going to be walking away from her new network (as she did when she sold Oxygen, a network she co-founded, to NBC Universal in 2007).

"I have committed everything I have to this cable network," Winfrey said. "And I wouldn't bet against me."

Posted by Dankwa Brooks at 12:03 PM No comments: 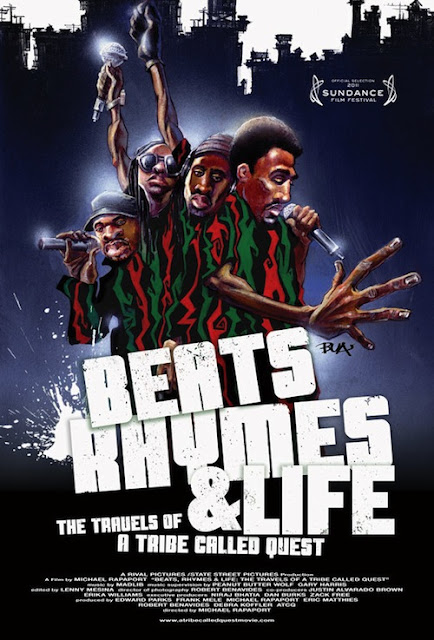 SECOND, NEW OFFICIAL TRAILER
+MUCH PROPS+
-TO my boy actor Brandan Tate for posting the new poster on Facebook
-TO Shadow & Act for the heads up about the trailer

A Tribe Called Quest Clears Up Controversy About Documentary

Posted by Dankwa Brooks at 9:00 AM No comments: