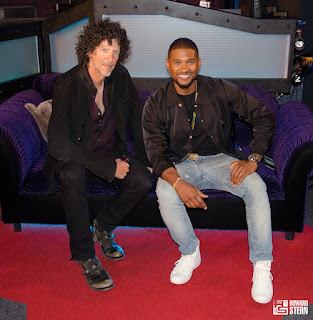 August 22nd Usher appeared on the Howard Stern Show where he talked about being at "Puffy Flavor Camp" where music executive L.A. Reid sent him to hang out with Sean "Puffy" Combs to learn the music business, training for his movie Hands of  Stone, and being a mentor to Justin Bieber.

Posted by Dankwa Brooks at 12:43 PM No comments:

O.J. Made In America - Live Tweets and Review

"O.J.: Made in America" is a 2016 American five-part documentary miniseries directed and produced by Ezra Edelman for ESPN Films and their 30 for 30 series.


I finally, finally finished #nfotd #30For30 #OJMadeInAmerica—all FIVE PARTS and I'm gonna say it—give this man, #EzraEdelman, the OSCAR for Best Documentary Feature right now! I've seen some excellent—PHENOMENAL #documentaries and this EXTRAORDINARY 7+ hour #documentary was compelling and engrossing all-the-way-through. I know it's long, but Mr. Edelman tells one HELL of a story with the backdrop of fame, celebrity, race, law enforcement and justice! I •LIVE•TWEETED• this extraordinary work @ www.Twitter.com/DankwaBrooks and when Oscar time comes up next year, remember I told you so!
A post shared by Dankwa Brooks (@dankwa) on Jun 22, 2016 at 5:51pm PDT


As I watched this mini-series I live tweeted it. All the tweets are linked below.

OJ to #JohnnyCochran & the defense team "guys if THIS jury convicts me, maybe I DID do it!" #OJMadeInAmerica Part 3 pic.twitter.com/iVRH2eOB5w
— Dankwa Brooks (@DankwaBrooks) June 18, 2016

And of course the documentary did go on to WIN the Oscar. Watch it below
Posted by Dankwa Brooks at 10:49 AM No comments: 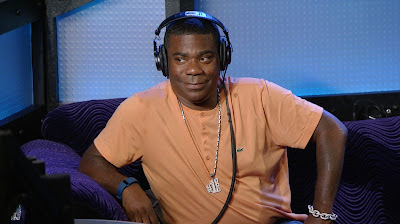 August 16, 2016 marked the first Stern Show appearance from Tracy Morgan since the 2014 traffic accident that nearly took his life. The comedian has had countless hilarious on-air moments with Howard throughout the years but on this day, he was prepared to open up about how fortunate he was to be alive.

On June 7, 2014, a Sprinter van carrying Tracy and three other comedians was rear-ended by a Walmart tractor-trailer while driving on the New Jersey Turnpike. Morgan suffered several injuries including a broken nose, a broken leg, and several broken ribs. His friend James "Jimmy Mack" McNair was killed. "It's hard for me to talk about this," Tracy told Howard. "I'm used to being funny but I know this is a different show right now."-HowardStern.com

Hear Tracy's full interview with Howard (below).
Posted by Dankwa Brooks at 10:49 AM No comments: