Where Are They Now ?!: The Cast Of Making The Band 2 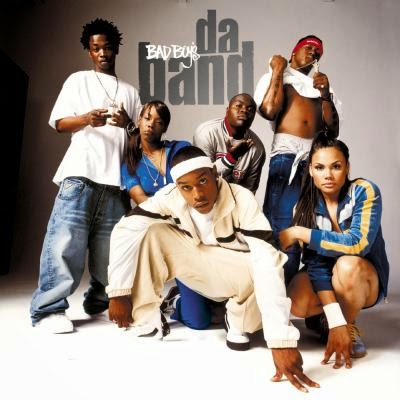 I was a huge fan of this series and loved to see the hijinks. The group Da Band only released one album and was disbanded shortly thereafter.

Below is a brief rundown of the series from Wikipedia and after that is an August 2014 update of where they are now including pics and links to all of their social media accounts.

The second iteration of Making the Band started on October 19, 2002, and aired for three seasons on MTV, finishing on April 29, 2004. It centered around the musical group Da Band formed by Sean "P. Diddy" Combs.

Season 2
For several weeks, the contestants were subject to difficult tasks, including walking from Midtown Manhattan to Brooklyn to purchase cheesecake for Diddy and aspiring rapper Ness' battle with Harlem MC Jae Millz. The finalists named themselves Da Band.

Their debut album, Too Hot for TV, was released in September 2003. Their first single was "Bad Boy This, Bad Boy That," and their second was "Tonight." The album was certified gold selling 600,000 copies.

Season 3
Da Band effectively ended its career at the end of the third season of the show, when P. Diddy dissolved the group during the season finale. However, he still wanted to work with Babs and Ness, calling them hip hop's next "Bonnie and Clyde," though nothing yet has been released from either of them. Diddy also kept Chopper, now known as Young City, with the label, who was signed with Bad Boy South. Sara Stokes, Frederick and Dylan John were the remaining three members of Da Band to be dropped completely from Bad Boy.


2014 UPDATE
August 2014 the site Hip Hop Wired published updates on Da Band including where they are now with pics and links to all of their social media accounts. Click their logo below to check it out.

Posted by Dankwa Brooks at 4:51 PM No comments: