‘Black Panther’ is Like ‘Game of Thrones,’ Says 'Get Out' Star 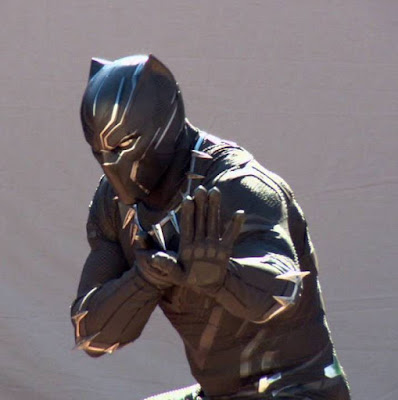 As if we couldn’t be more excited for Black Panther, we’ve been reminded that Daniel Kaluuya is part of its star-studded cast. And the Get Out star already has high praise for the newest Marvel Studios film, comparing it to a certain beloved HBO series.

In an interview with GQ, Kaluuya excitedly gushed about the epic scope of the Ryan Coogler-helmed film, comparing it to the current pinnacle of mythic storytelling, Game of Thrones.


“This is an African blockbuster, bruv. This is like Game of Thrones. This is crazy. And Ryan Coogler is just, man dem. He’s like us! He’s a normal dude, in a Golden State hat and a Tupac T-shirt directing the whole set. It’s the most beautiful thing to see.”

Coogler, in addition to directing, is behind the screenplay as well, so Black Panther is sure to be firmly his vision. It’s assuring to know that he has such sway behind it, as his last films, Creed and Fruitvale Station, were critically acclaimed movies that gave unique perspectives on the black experience – something that Black Panther, Marvel’s first solo black superhero movie, has a lot of investment in. Neither Creed nor Fruitvale Station were made on quite the scale that Black Panther promises to be, but they were both electric movies that cemented Coogler’s rising star.

Black Panther will be set after the events of Captain America: Civil War, nearly exclusively in the advanced African nation of Wakanda, where T’Challa (Boseman) is meant to take his place as king. We got a glimpse of Wakanda at the tail end of Civil War, but didn’t see much beyond the sleek medical building in which Bucky Barnes gets housed, and the towering panther statues that mark the isolated nation. But many forget that Wakanda was first teased in Avengers: Age of Ultron, when Ultron, Scarlet Witch and Quicksilver accosted Serkis’ villainous Ulysses Klaw for vibranium (the metal that makes up T’Challa’s suit and Captain America’s shield) to create Ultron’s new body.

How Will Black Panther Be Like Game of Thrones?
So back to Kaluuya’s remarks: Game of Thrones implies swords and sandals right? Political intrigue and backstabbing? Or at least some mythological creatures? Kaluuya may be referring to the grand scale of the movie – an “African blockbuster” he calls it – and that’s probably more along the lines of what Black Panther will be. As far as I know, Wakandans don’t use swords – they’re supposedly more technologically advanced than many Western nations – though they may use some form of advanced weaponry. As for the political intrigue and backstabbing, that’s something we’re likely to see considering our main character T’Challa is a king at the beginning of his rule – though let’s hope the intrigue doesn’t amount to some of Game of Thrones’ more problematic, sexually-charged incidences.

Either way, it’s exciting for a blockbuster superhero movie to be helmed by an African-American director and a majority-black cast, which is the aspect that Kaluuya seems to be exalting in the GQ interview. As Kaluuya says, “It’s the most beautiful thing to see.” 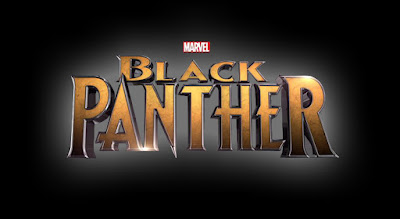 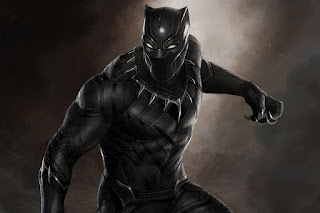 Posted by Dankwa Brooks at 10:39 AM No comments:

'Get Out' Oscar Chances

by Scott Feinberg, The Hollywood Reporter
March 20, 2017
Get Out, Jordan Peele's satire on 21st century race relations that had a sneak screening at Sundance in January, opened on Oscars weekend, topping the domestic box office with a $33.4 million haul. (It's now at $133 million domestically.) More importantly, it has a 99 percent favorable rating on RottenTomatoes.com — the best of the year so far, by far — and it would be at 100 percent had notorious contrarian Armond White of The National Review not dumped on it.
Indeed, the film has sparked media commentary of a quantity and quality similar to recent Oscar contenders that also dealt with race — including, of course, last month's surprise best picture winner Moonlight — with The New York Times' columnist Frank Bruni calling it "a movie for the age of Trump — perhaps the movie for the age of Trump" and his colleagues, Pulitzer Prize winner Wesley Morris and Jenna Wortham, devoting an episode of their "Still Processing" podcast to a conversation with Peele.
With the backing of producer Jason Blum (a best picture nominee for 2014's Whiplash) and Universal (a major studio which hasn't landed a best picture nomination since 2012's Les Miserables), you can bet that a lot of people will be working very hard to maintain interest in Get Out over the nine months before Oscar voters next get to fill out ballots — although nobody associated with the film would comment for this story.
For a movie this outside-the-box that has gone over this well, one cannot rule out a best picture nomination (although one usually eludes even more optimally timed genre films, excepting March 2014'sThe Grand Budapest Hotel, March 1996's Fargo and February 1991's eventual winner The Silence of the Lambs), and a best original screenplay nom certainly seems attainable. That may have something to do with why Academy members on both coasts received invitations this week to screenings of the pic.
Almost all major films, and quite a few minor ones, are screened by the Academy for Los Angeles-based Oscar voters at the Academy's Samuel Goldwyn Theatre in Beverly Hills or Linwood Dunn Theatre in Hollywood — except for those, like Get Out, that are released during the year's first two months, when the organization uses its screens to show its members the animated, documentary, foreign-language and short films that are vying for Oscars. But, in an unusually early show on confidence in Get Out's prospects, Universal has gone ahead and independently rented out the Linwood Dunn for a screening on Wednesday night, to which it has invited L.A.-based Academy members, and a screening on Friday night, to which it has invited L.A.-based BAFTA members. Additionally, the film will have an official Academy screening for New York-based Academy members on Tuesday night at the Museum of Modern Art.

"the overseas numbers for Get Out. The Jordan Peele "social thriller" began its overseas rollout this weekend, snagging $2.9 million in the first round of international debuts. In North America, the film again displayed amazing staying power, earning $13.24m in its fourth weekend falling just 36% even as it started shedding a few theaters here and there. That gives the $5m Blumhouse and Universal/Comcast Corp. release an obscene $133.1m domestic total. It's going to pass Split ($136.8m) as Blumhouse's biggest domestic hit and it will surely end up among the very biggest R-rated horror movies ever in North America, even adjusted for inflation." 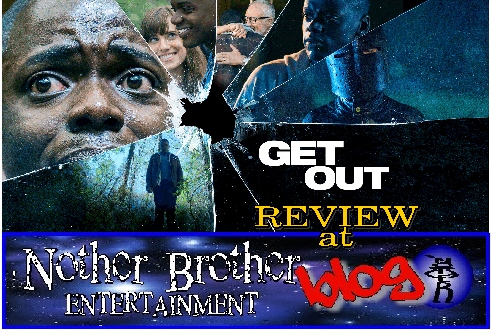 At our parent blog, 'Nother Brother Entertainment blog I wrote a review of the film. Read the review HERE

The 'Get Out' TV Miniseries

Posted by Dankwa Brooks at 8:51 AM No comments:

Email ThisBlogThis!Share to TwitterShare to FacebookShare to Pinterest
Labels: Get Out

Dave Chappelle has been making people laugh for 30 years. His career exploded after two hilarious seasons of "Chappelle's Show" on Comedy Central, but he suddenly abandoned it at the height of his success.

Now, he's back with a three-part stand-up comedy special on Netflix. Chappelle often shies away from interviews, but he sat down with Gayle King for an in-depth conversation on "CBS This Morning."

As Dave says in the video, he walked away from $50 Million and this new Netflix deal is worth $60 Million so BOOM!

WATCH the interview below
Posted by Dankwa Brooks at 3:45 PM No comments: 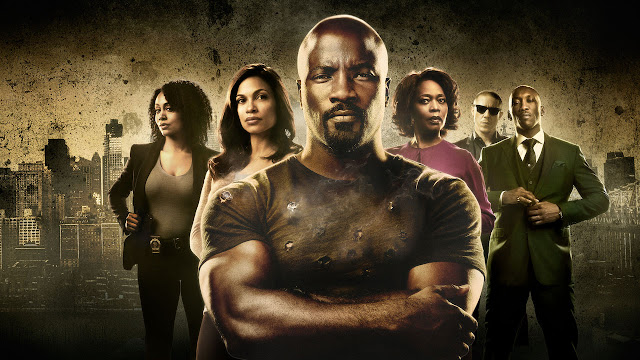 Marvel's Luke Cage and has already been picked up for two more seasons as it takes over as the most popular digital series. Here are the full insights from Parrot Analytics.


"Parrot Analytics tracks viewership data for Netflix properties since the streaming service does not release such information. Parrot calculates these ratings by looking at a variety of data that includes actual streaming numbers and even social media chatter — but that which is only positive." Screenrant

For September 29th -October 5th, 2016 - Top 5 Digital Original Series in the US and Average Demand Expressions™: