Lyfe is Rough- Lyfe Jennings Going Back To Prison 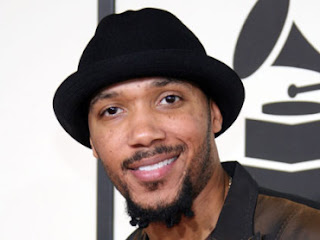 CBS News-Crimesider
September 23, 2010 11:49 AM
MARIETTA, Ga. (CBS/WGCL) Platinum-selling artist Chester "Lyfe" Jennings is headed back to the slammer to serve 3 years after pleading guilty to charges stemming from an incident with his ex-girlfriend two years ago.

The "Must Be Nice" singer was arrested in Smyrna, Ga. Oct. 19, 2008 after an apparent altercation with former girlfriend and the mother of his children, Joy Bounds.
Jennings reportedly kicked in the door where he assumed Bounds was staying and fired shots into the house, according to CBS affiliate WGCL. Police pursued Jennings in a high speed chase after he attempted to flee the scene, but he was eventually caught when he crashed his red 2005 Corvette, reports MTVNews.com.
The 37-year-old Jennings pleaded guilty on Wednesday to driving under the influence, fleeing and attempting to elude police, possession of a firearm by a convicted felon and discharging a weapon near a street, reports WGCL.
With his fate sealed, at least for the next three years, the R&B singer bid farewell to his fans via Twitter.
"This will be my last post," stated the singer according to MTVNews.com. "To everyone who gave me a chance I am forever in your debt. I have had a fabulous career because of you.... I've lived a hundred lives in these 6 yrs so I not only won't, I don't have the right to complain. I would like to think that I've changed lives by changing my own, tho I can't be sure. But one thing I am sure of is God gives and takes away in measure. He is fair, just and forever. Amen from aman... Smile, it's contageous:)"
Jennings spent 10 years in prison for a 1992 arson conviction in Ohio. He released his debut album "Lyfe 268-192" in 2004, attracting listeners with his heartfelt lyrics and distinctive raspy tone.
Sentencing - September 24th, 2010 10:44 am ET
The Examiner
At the time of sentencing, Jennings reportedly asked to at least return home to say goodbye to his children before heading to jail but the judge refused.
The video of Lyfe Jennings’ sentencing showed friend and BET correspondent, Jeffery Johnson, defending Jennings, highlighting the positive improvements he’s made since contributing music to the music industry.
But that wasn’t enough to convince the judge who in the end sentenced Jennings to three and a half years behind bars.
“I did it… I know I gotta be punished for it and I just wanted the opportunity to apologize and that’s it,” Lyfe Jennings said in court before he was sent to prison to begin serving his time.

You can read more about Lyfe at Wikipedia
http://en.wikipedia.org/wiki/Lyfe_Jennings
Posted by Dankwa Brooks at 1:59 PM