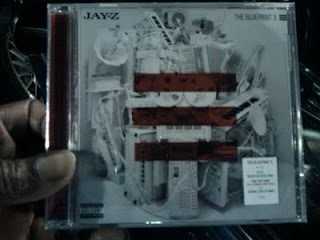 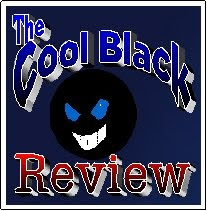 
You don’t buy a Puffy, (you can call him Diddy) album for the lyrical skill. You thought this was a review for The Blueprint III? It is bear with me. The first time I listened to this album that’s who I thought of, Puffy. While the lyrical skill is quite evident I thought the production was all over the place. In other words varied. Variety is cool on a Puffy album because that’s what you are listening for. Something to entertain. While it is hip-hop it’s more “hip-pop” and that’s fine, again I liked the album.
When you buy a Jay-Z album you look for HIP HOP. While Jay has been “mainstream” for years I was expecting a harder edge. I guess the Jay-Z of Reasonable Doubt, Hard Knock Life, Blueprint [1] and The Black Album is gone (gotten old? I didn’t say that).
Now I got that off of my chest, this is still a good album and while only one third of the tracks are HOT (5 out of the 15 tracks) all of it is “listenable”. D.O.A. (Death Of Auto-Tune), released as the first single of the album in June, seems more like a statement than a hot song. The last two songs on the album don’t really work either. Jay-Z has an amusing track Hate (Featuring Kanye West) that at 2:31 can be considered an interlude though not listed as such.
Jay had superstar producers like No ID (D.O.A.), Swizz Beats (On To the Next One), Kanye West (Run This Town), The Neptunes (So Ambitious) but one of my favorite tracks was produced by someone I never heard of (Empire State of Mind) by a producer named Shux. The most prolifically HOT producer on this album wasn’t Kanye, but Timbaland. Timbaland produced the bangers Off That (Featuring Drake) and Venus VS. Mars. But enough of me talking about the production here is track list and what’s HOT.
Because the lyrical skill is still above reproach, for the first time in my reviews, I’m going to provide links to all of the tracks. (*All links go to an external site and I can’t guarantee the accuracy of the lyrics)

Posted by Dankwa Brooks at 8:50 PM