I met the great writer James McBride for breakfast one morning at a coffee shop in New York. We were bemoaning the fact that there’s a low point right now in African-American cinema. We decided to do a movie about a young suburban black kid from Atlanta who’s sent to the Red Hook projects in Brooklyn to spend a summer with a grandfather he’s never met.

From the get-go, I knew it would be self-financed. I never went to the studios. Hollywood is really superhero land now. It’s harder to make adult films today without people flying, unless you’re a select few: Spielberg, James Cameron, Clint Eastwood, George Lucas. I couldn’t get them to fund a sequel to Inside Man, my most successful film ever. If that wasn’t a signal, then I don’t know what is. I refused to go through the frustration of knocking on steel doors, hat in hand like Oliver Twist, saying “Please sir, can you make this film?”

With Red Hook Summer, we had 18 days of shooting. A third of my crew were my students at New York University—who got paid. I know actors. One of the things I have in my hip pocket is I can attract grade-A talent. I’m always good at keeping on budget. What’s changed isn’t so much the cost of making a film as marketing it.

If I had thought this all the way through, I would have known that not only was Hollywood not going to finance this film, but it also wasn’t going to distribute this motherf- -ker, either. After it showed at Sundance, I realized it would have to be self-distributed. Going into our screening at Sundance, I knew it wouldn’t be a finished product. We’ve [since] tightened the story. Film is an evolving thing. I’m working with Variance Films; we’re still going to be in all the top markets in August, [but] let’s just say you’re not going to see any commercials on TV during the Olympics.

I don’t think Hollywood understands diversity. The sports world is 50 years ahead. There’s a large audience of people of color who aren’t being thought of. But anytime someone who’s African-American becomes huge, people say they’re not black anymore: “Michael Jackson’s not black, he’s universal. Will Smith, he’s not black.” We’ve been having these debates for years. — As told to Diane Brady

Cool Black's Mad Commentary: What's up with that Business Week (above) graphic tho? 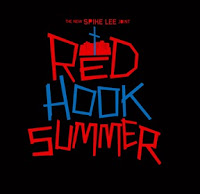 eToro is the ultimate forex broker for beginning and pro traders.