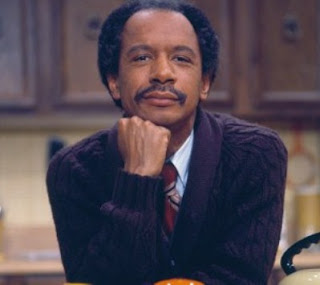 According to the Huffington Post, stage and screen star Sherman Hemsley (pictured above) recently passed away in his Texas home. He was 74 years old.

Sherman Hemsley performed with local groups in Philadelphia before moving to New York to study with Lloyd Richards at the Negro Ensemble Company. Shortly after, he joined Vinnette Carroll's Urban Arts Company appearing in these productions; "But Never Jam Today", "The Lottery", "Old Judge Mose is Dead", "Moon On A Rainbow Shawl", "Step Lively Boys", "Croesus" and "The Witch".

He made his Broadway debut in Purlie and toured with the show for a year. In the summer of 1972 he joined the Vinnette Carroll musical "Sorry, I Cant Cope" ensemble in Toronto, followed a month later in The American Conservatory Theatre production at the Geary Theatre. In this production with arrangement with Edward Padula & Arch Lusterg with music and lyrics by Micki Grant had Hemsley in Act I performing the solo "Lookin' Over From Your Side" and in Act II "Sermon."

While Hemsley was on Broadway with Purlie, Norman Lear called him in 1971 to play the role of George Jefferson on his burgeoning new sitcom, All in the Family. Hemsley was reluctant to leave his theatre role, but Lear told him that he would hold the role open for him. Hemsley joined the cast two years later. The characters of Hemsley and co-star Isabel Sanford were secondary on All in the Family, but were given their own spin-off series, The Jeffersons, less than two years after Hemsley made his debut on the show.

Hemsley joined the cast of NBC's Amen in 1986 as Ernest Frye, an unscrupulous church deacon much like his George Jefferson character. The show enjoyed a run of five seasons, ending in 1991. Hemsley then was a voice actor in the ABC live-action puppet series Dinosaurs, where he played Bradley P. Richfield, main character Earl's sadistic boss. The show ran for five seasons, ending in 1994.