Jay-Z and Kanye West: The timeline of partnership

Kanye West And Jay-Z: A Timeline To Watch The Throne
Two of rap's undisputed hip-hop kings began drafting the blueprint for their upcoming joint LP more than a decade ago. 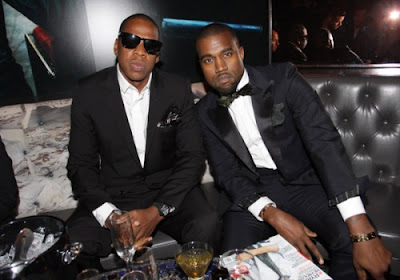 Jay-Z and Kanye West are undoubtedly hip-hop royalty, so it's only fitting the pair titled their forthcoming joint effort Watch the Throne. The credits between the two justify the name: multiple Grammy nods, millions of sales and trend-setting moves. The standout rappers kicked off their project with the release of their first single "H.A.M." first thing Tuesday (January 11), and now, MTV News looks back at the pivotal moments that led to this event. 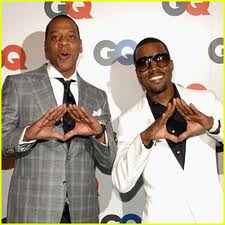 "Izzo (H.O.V.A.)"
When Kanye met Jay: In 2001, the upstart producer powered Hov's breakout hit from his classic LP The Blueprint and, in the process, reignited (along with Just Blaze) the soul-sample movement reminiscent of hip-hop's Golden Era.

It's the Roc!: After providing hits for everyone on Roc-A-Fella's roster from Beanie Sigel to Cam'ron, 'Ye took his talents from behind the board to in front of the microphone, as he joined the label as an artist — and got a shiny new necklace to commemorate the occasion. 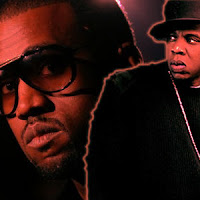 "Diamonds From Sierra Leone" Remix
Shining side by side: Yeezy wasn't exactly a natural fit for the Roc — his prep-inspired look didn't jibe with the hustler's ethos projected by the crew — but on this rumbling remix, which was released amid the Jay-Z/ Dame Dash split, 'Ye moved to the forefront and proved to be one of the label's biggest acts.

The Blueprint 3
Respect: With West having ascended to superstar status in his own right, Jay-Z brought in the Chicago MC/producer to helm the majority of his 11th studio album. It was an undeniable acknowledgement of 'Ye's gifted musicianship and continually growing prowess.

Watch the Throne
The rulers: West holed up in a Hawaii studio to work on his most recent album, My Beautiful Dark Twisted Fantasy, but before he wrapped up the project, he relocated to New York for a residency at the Electric Lady Studios. There, he launched his "G.O.O.D. Fridays" sessions, which West said inspired him and Jay to put out an EP that has evolved into an eagerly anticipated full-length album.

"H.A.M."
On January 11, just a few minutes after midnight, the pair dropped their much-anticipated single "H.A.M." on Facebook. Produced by Virginia native Lex Luger, the track is the first from 'Ye and Jay's forthcoming joint LP, Watch the Throne. 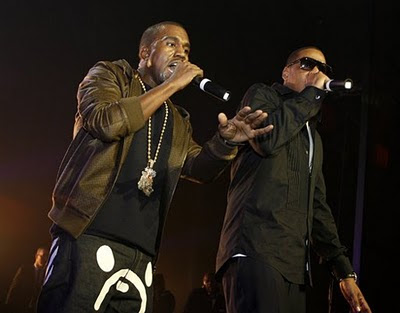