Screen Gems Moves Forward on 'Think Like a Man' Sequel 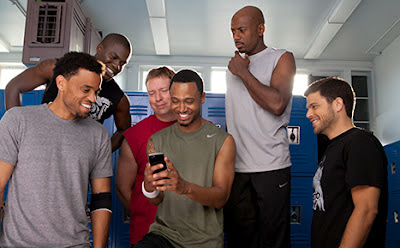 Screen Gems is moving ahead with a sequel to Think Like a Man, its hit movie based on the Steve Harvey book Act Like a Lady, Think Like a Man, closing deals with Keith Merryman and David A. Newman to write the script.

Merryman and Newman wrote the first movie, which made Hollywood notice star Kevin Hart and grossed more than $91 million domestically after its April 20 release.

The movie followed four couples where the women use Harvey’s advice to rein in their men.

Will Packer will return to produce via his Rainforest Films banner. Harvey is executive producing on the project alongside Rushion McDonald and Rob Hardy.

It is unclear which castmembers will return at this stage, though Hart is a likely candidate, having just joined Screen Gem’s About Last Night remake. Screen Gems has greenlighted the sequel but has not dated it.