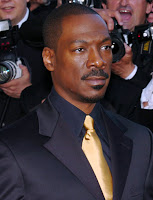 The rumors became a reality Tuesday: Eddie Murphy (pictured left) will host the 84th Academy Awards, which will be telecast Feb. 26 on ABC, the Academy of Motion Picture Arts and Sciences has announced.

Buzz started circulating over Labor Day weekend that the 50-year-old comedian-actor was being considered for the host job. In some ways, it's no surprise, since Murphy is starring in the upcoming film "Tower Heist," which was directed by Brett Ratner -- who is also producing the Academy Awards show with Don Mischer. "Tower Heist" is set to open in November. 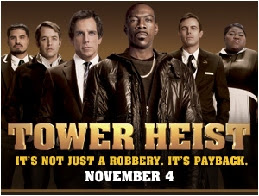 By selecting Murphy, the academy is returning to its comedic host roots. The academy attempted to court younger viewers, hiring James Franco and Anne Hathaway to host the 83rd Academy Awards in February. Franco, who in addition to hosting was nominated for a lead actor Oscar for "127 Hours," was roundly trounced by critics for his lackluster performance; reviews were kinder toward Hathaway.

"Eddie is a comedic genius, one of the greatest and most influential live performers ever," Ratner said in a statement Tuesday. "With his love of movies, history of crafting unforgettable characters and his iconic performances -- especially onstage -- I know he will bring an excitement, spontaneity and tremendous heart to the show Don and I want to produce in February."

Murphy, who earned a supporting actor Oscar nomination for his dramatic turn in 2006's "Dreamgirls," hasn't been seen on the screen since the 2009 flop "Imagine That," which made just $16.1 million domestically. In fact, another Murphy film, "A Thousand Words," which is now set to open in January, has been on the shelf for more than three years.

However, Murphy has been heard as the wisecracking Donkey in the popular animated "Shrek" franchise.

First coming to fame as a stand-up comedian, he joined NBC's "Saturday Night Live" in 1980 while still a teenager, performing such characters as Buckwheat and Gumby. Murphy made his film debut opposite Nick Nolte in Walter Hill's 1982 buddy action comedy, "48 Hrs.," followed by such hits as 1983's "Trading Places," 1984's "Beverly Hills Cop" and 1988's "Coming to America. " He made his film debut as a director with 1989's "Harlem Nights."

Check out the trailer for Tower Heist below

Friday, November 11, 2011
After eight years Billy Crystal will return as the host of the Oscars. The announcement follows days of drama at the Academy after producer Brett Ratner resigned after using a gay slur. One day later, Eddie Murphy, who had been lured by Ratner to host the telecast, canceled his hosting duties. The academy responded by hiring Hollywood veteran Brian Grazer, who chose Crystal as host. Crystal has MCd the show eight times, last hosting in 2004.

The Oscars will air live from Hollywood, California on February 26. Alicia Powell, Reuters.
Posted by Dankwa Brooks at 6:42 AM