Will Smith has been spotted all over New York City, filming scenes with co-star, Tommy Lee Jones for the third installment of the series. He caused a ruckus over his extra large trailer and had many New Yorkers up in arms. That has since passed and things look to be back to normal, or at least as normal as can be when Jay-Z pays you a visit on set.

The rapper hung out in Battery Park, sharing some laughs with the star and watching as they filmed scenes and chatted between takes. 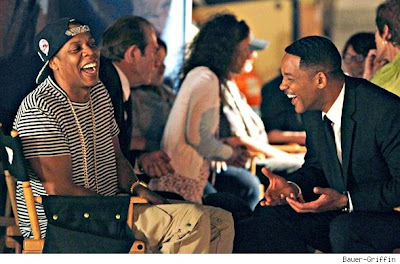 These two wildly successful entertainers are certainly no strangers. Jay-Z worked with Smith's daughter, Willow last year, on her catchy hit 'Whip My Hair.' Earlier this year rumors swirled that Jay-Z would once again be teaming up with this showbiz minded family, joining them on the Sony remake of the musical 'Annie,' starring Willow, of course. 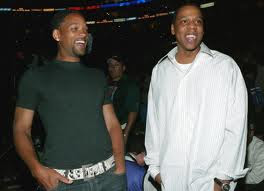