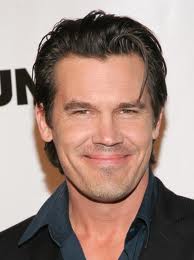 Deadline has learned that Academy Award-nominee Josh Brolin (pictured left) has signed on to headline Oldboy, which was finally rescued from development limbo when Spike Lee signed on earlier this summer. Brolin will soon be working on Ruben Flesicher’s Gangster Squad; Oldboy looks to be the next project on his to-do list.

Here is a preliminary plot synopsis for Lee’s Oldboy (via Coming Soon):

Brolin, who next appears on the big screen in Men in Black III, will play the part of Joe (Dae-su Oh in the original), a man who, on the day his daughter is born, is captured and imprisoned in a hotel room for over two decades (15 years in the original) with no understanding as to why. When he is suddenly released, he’s told that he has just four days to determine the reason for his imprisonment and, if he cannot, his daughter will be killed. 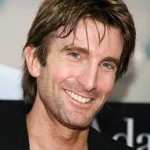 EXCLUSIVE: Sharlto Copley (pictured right) is heading to Hungary to begin shooting Gonzalo Lopez-Gallego’s Open Grave, and he has closed his deal to play the villain in Spike Lee’s Oldboy, a remake of the cult 2003 Korean revenge thriller from Park Chan-wook.

The actor, who made his mark with his starring role in the Oscar-nominated District 9 followed by The A-Team, will play the lead character in Lopez-Gallego’s follow-up to Apollo 18. Copley’s character wakes up in the pit full of rotting bodies with no idea how he got there, begins to have flashbacks of himself murdering people and stars to believe he’s the killer. Charles Roven’s Atlas Independent is producing.

Copley has also been confirmed to play the villain Adrian Pryce in Oldboy. Pryce is a mysterious billionaire trying to destroy the life of Joe Douchett (Josh Brolin). The new Oldboy begins shooting in late September from a script adapted by Mark Protosevich, who will co-produce. Roy Lee and Doug Davison produce via Vertigo Entertainment with Lee’s 40 Acres & A Mule. Mandate president Nathan Kahane executive produces. 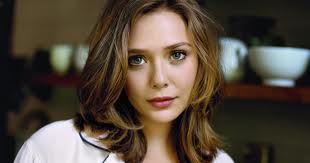 Elizabeth Olsen in Early Talks to Star Opposite Josh Brolin in 'Old Boy'
The actress has an offer to play a case worker who helps investigate a man imprisoned for 15 years and inexplicably released.
by Borys Kit, The Hollywood Reporter
February 28, 2012

Elizabeth Olsen (pictured above) is in talks to star opposite Josh Brolin in Oldboy, Mandate’s remake of the noted South Korean action thriller.

Olsen has the offer to play the part of the caseworker who helps investigate the past of the character being played by Brolin, a man kidnapped and imprisoned for 15 years and inexplicably released.
Insiders indicate that a deal is likely.
Spike Lee is directing whle Roy Lee and Doug Davison are producing. Mandate President Nathan Kahane is executive producing. Mark Protosevich wrote the screenplay and will co-produce.

Rising actress Elizabeth Olsen is certainly doing her best to put a little bit of variety on her filmography. Of course, the actress broke out in the cult drama "Martha Marcy May Marlene" and since then, she's appeared in a few different films, ranging from this year's Sundance entries, the dramedy "Liberal Arts" and the thriller "Red Lights," and this weekend she'll star in the flat out horror vehicle "Silent House." But just last week, word cropped up of another possible project, with reports surfacing that Olsen had been offered the female lead in Spike Lee's "Oldboy" remake. And as Olsen tells, she's indeed eyeing the movie and would take it the role in a heartbeat.

Our own Jen Vineyard caught up with the actress during press rounds for "Silent House," and when asked if she would take the role if it was offered, Olsen said simply, "Absolutely." While she says nothing is a done deal just yet, she gushed about the opportunity to work on the film and with the director.

"The original is one of my favorite movies...and I'm a big fan of Spike Lee. Huge fan of Spike Lee, he's one of the best filmmakers around," Olsen said. "He's doing some tweaks to the original...What's really cool is the Korean movie is what people in the world of films would have seen, like people who like foreign films would have seen it, but a general American audience, I doubt they know the twists and turns of the original, so it'll surprise them. And I think its such a good movie, so that would be cool."

Olsen taking a role in the film would certainly enhance the remake which is already off to a great start with Josh Brolin in the lead role. Mark Protosevich has penned the script which is combining elements from both the original film and the manga. We're definitely curious to see where Lee and the filmmakers take this story, and fingers crossed Olsen gets to play along in this promising pic. 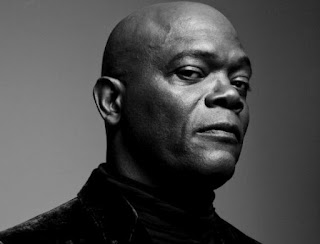 EXCLUSIVE: The English-language remake of Chan-wook Park's cult favorite "Oldboy"already had some big-time names, what with Spike Lee directing and Josh Brolin in the lead role.

Jackson has come on board for a small but critical part in the new film, according to a person close to the production who was not authorized to talk about it publicly. The actor will play the man who is being tortured by the hero (Brolin) in a key revenge scene.

Fans of the original will remember the scene as perhaps the most visceral and disturbing of the film. Protagonist  Dae-su Oh exacts vengeance on a man who once guarded him by extracting his teeth one-by-one with the claw end of a hammer.

The new film, which begins shooting this fall in Louisiana and New York, won’t go with the tooth removal, instead inflicting a different kind of torture (we won’t spoil it here, but it’s plenty painful).

Jackson and Lee recently appeared together at the BET Awards in this spoof that quickly went viral. The actor of course also recently starred as Nick Fury in ""The Avengers" and will soon be seen in a movie about as anticipated as "Oldboy"--Quentin Tarantino"s"Django Unchained."

In a separate development, Hornsby has joined the new ”Oldboy” as the film's composer.  The piano virtuoso has a longstanding relationship with Lee; among other things, he composed the score for Lee’s basketball documentary "Kobe Doin' Work" and the auteur's new"Red Hook Summer,"giving the spiritually themed coming-of-age story a melancholy and wistful spin.

In an interview in his hometown of Williamsburg, Va.,  this week, Hornsby (more on him and his eclectic career shortly) told The Times that the musical ideas for "Oldboy" are beginning to percolate. "I'm working on a few things and I'll send them to Spike soon," he said. "The 'D' word has been spoken to me by him," the musician added, referring to a dark tone. "But I think the score will also run the gamut."

Related Posts-
Read all of our posts about OldBoy here

Posted by Dankwa Brooks at 8:06 AM