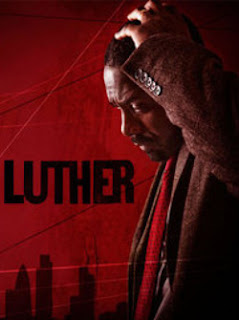 I’ve been meaning to write a review of this show since I finally saw it months ago. In brief, the show is just EXCELLENT.

Luther is a British psychological crime drama television series starring Idris Elba as the title character Detective Chief Inspector John Luther. A first series of six episodes (Series One) was broadcast on BBC One from May 4 to June 8, 2010. The second series of four episodes (series Two) was shown on BBC One in summer 2011. The second series is set to debut on BBC America in September.

A personal pet peeve of mine is a lot of foreign actors getting major roles in American television and film, well maybe the American actors need to step their game up because the British actors on Luther were for the most part excellent. Of particular excellence was Ruth Wilson (pictured below) as Alice Morgan.

The scenes between Alice and Luther are ELECTRIC. That’s all I want to say about that for you should see it for yourself.
﻿﻿
I must also note that the direction and cinematography was great as well. Even though I thought the climax of Series One (2010) was kind of rushed to wrap up the many storylines, I am still looking forward to Series Two in September.

Any fan of really good police drama should see this show!

Finally saw Series Two and short and sweet, at only four episodes, it was equally excellent. Again I’m not going to mention anything in particular just to say it lived up to the first series and a personal delight of mine was to see another person of color in the police squad room with DCI Luther. 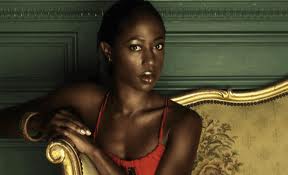 But what about Luther and Alice?


You have to watch and see. I reiterate what I said about Series One, “Any fan of really good police drama should see this show!”


January 15, 2012
Idris Elba won the 2012 Golden Globe for performance in the BBC miniseries Luther. He won for his portrayal of John Luther in the Best Actor/Miniseries category. 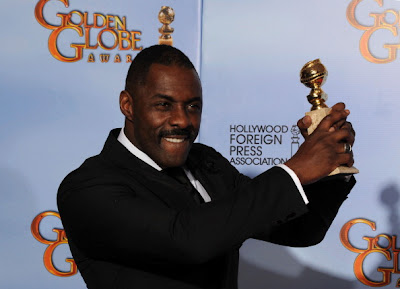